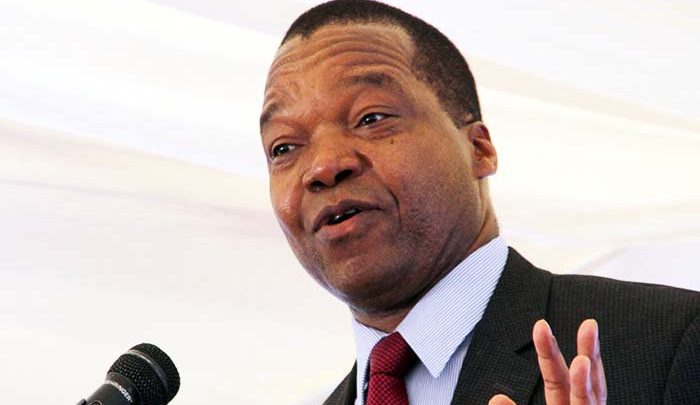 The Reserve Bank of Zimbabwe is fuelling inflation through subsidiaries that are pouring money into the black market. This came to light when one of its subsidiary firm, Fidelity Printers was allowed to release ZWL200 million per week to finance the purchase of 40 Kilograms gold through an agent called Gold Wallet.

While buying gold is among the core business of Fidelity Printers, 40 kilogrammes require an estimated amount of USD1 800 000 per month. This amounts to ZWL$45 000 000 if the money is exchanged through interbank rates, and ZWL$90 000 000 if converted through black-market exchange rates. The ZWL200 million that is being requested translates to about USD8 million at interbank rate and nearly USD4 million on the streets. Since the formal system does not have forex, the agent is obtaining it from the streets. This is leading to the rise in demand of the US dollar in the streets resulting in the increase of exchange rates.

State of the Nation is in possession of an agreement made between Fidelity Printers, a subsidiary of RBZ and GoldWallet P/L, a gold buying entity registered in Harare. The agreement reveals how the system is manipulated by players in the field to suit their needs. GoldWallet has been contracted to buy gold on behalf of Fidelity Printers. The agreement reveals that GoldWallet approached Fidelity Printers with an offer to buy gold using its ‘own’ resources. In the deal, the latter is expected to pay the former for gold deliveries and advance a commission in gold which they export with no retention to RBZ.

We are also in possession of a letter that was written by Goldwallet’s Dean Schuultz to Ecocash requesting for a waiver on daily transactional limits on their four agent lines. The company also requested for ten more agent lines with no caps on the daily balances. The letter was written on 12 May 2020, a few days after RBZ ordered the closure of agent lines with balances exceeding ZWL100 000, as the central bank made claims that they were being used for currency manipulation. The letter is copied to Fredrick Kunaka who represents Fidelity Printers in the agreement.

The details of the contract and the letter that was written to Ecocash raise eyebrows. In their letter to Ecocash, Goldwallet states that they have signed an agreement with Fidelity Printers to supply 300 kilogrammes of gold on a weekly bases to Fidelity Printers, contrary to the details on the contract they signed on 6 May and witnessed on 7 May, where they stated that they will be delivering about 40 to 50 kilogrammes per month. If they are to deliver 300kgs per week, it would translate to 1200kgs per month not 40kgs as stated in their contract with Fidelity Printers.

It is an undeniable fact that the central bank will be releasing the money and Fidelity Printers also plays a big part as its subsidiary. From these details, one can note that GoldWallet only needs to procure 10kgs per week to meet its quota with fidelity printers. This leaves it with excess money to buy about 290kgs of gold per week. The price of gold stands between USD43 to USD45/gram on the market depending with purity. So Goldwallet needs only USD430 000 or USD450 000 (ZWL10, 750 000, Interbank, [ZWL21 500 000] Black market, or ZWL 11 250 000 Interbank, [22 500 000] Black market) per week to meet its quota.

In their request to Ecocash, they indicated that they need to use ZWL200 million per week which adds up to ZWL800 million per month! The figures will leave them with a weekly excess of ZWL177, 500,000 if we are working with the Usd45/gram with black market rates. No one knows what they will use the excess money for. Given such a scenario where the company has to use a small figure of what they will be getting from Ecocash as indicated on the letter that was copied to Fidelity Printers, it is certain that they will pour the excess money into the parallel market to buy forex. Gold in the field is mainly purchased in forex but GoldWallet stated that it will use mobile money as a method of payment.

The interesting part of the agreement is that GoldWallet offered to be paid 45% in local currency at prevailing bank rates and yet the company offered to use its own resources to purchase gold for Fidelity Printers. This raises eyebrows on their confidence in copying Fidelity Printers on their communication with Ecocash, which goes against their original terms of agreement. Clearly, something underhand is going on which places the ball of currency manipulation squarely on RBZ.

The deal shows that money close to a billion is being pumped into Ecocash lines to the buyer every month. But the buyer is not even using a hundredth of it to meet its quota. What does Fidelity Printers think the excess money is to be used for? One wonders where the Financial Intelligence Unit is in all this. The letter to Ecocash that is copied to Fidelity Printers is supposed to ‘arm-twist’ them into agreeing to remove the cap on the lines.

Next, reports will emerge that Ecocash is funding or allowing its platforms to be abused for currency manipulation while the act is being done by RBZ agents that are being funded through its subsidiaries!