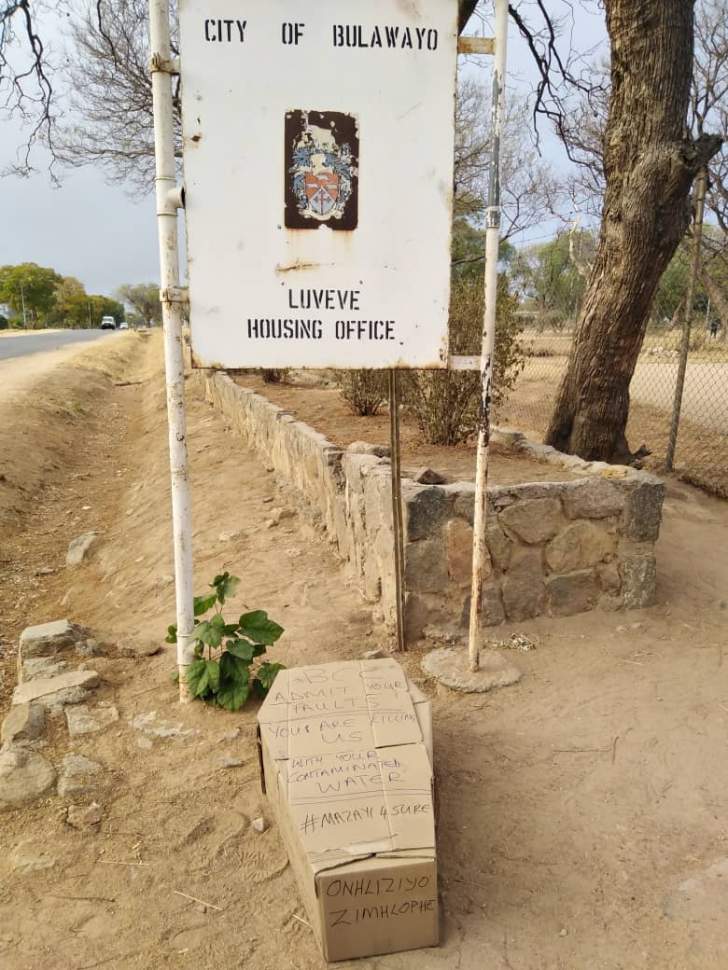 TESTS done at private laboratories to ascertain the cause of 12 deaths and illness to more than 1 500 residents of Luveve in Bulawayo have revealed that they suffered from typhoid and dysentery.

Residents have already filed an urgent chamber application at the High Court compelling council to release key information relating to the outbreak and further allow residents to engage independent experts to assess the situation. City Health Director Dr Edwin Sibanda said stool tests that were done at a Cimas laboratory came out positive for salmonella typhi, the bacteria that causes typhoid and shigella which causes dysentery.

He said council initially did random sampling of testing one in five cases but as the number of cases grew, they resorted to only collecting one in 20 infected people. Dr Sibanda said it would be difficult to pinpoint the exact source of the disease as water tests also done at the same laboratory did not have any traces of the two bacteria.

“We had tests done at a Cimas lab and National University of Science and Technology for both water quality and rectal swabs. While the stool samples came out positive for salmonella typhi and shigella, the six water samples from various sources that include tap water, home containers, wells and streams came out negative. The patients were exhibiting different symptoms with some vomiting while others had bloody diarrhoea,” he said.

Dr Sibanda said with the source yet to be pinpointed it was critical for people to wash hands frequently with soap to reduce chances of infection.

“The two diseases have different incubation periods, with shigella’s being 12-96 hours while salmonella typhi is between eight to 14 days. A person could have been infected elsewhere only to show symptoms here and start spreading the disease. Again, maybe the water source could have been infected before we tested and then the bacteria were washed out by the time we were doing tests,” said Dr Sibanda.

The residents, through BPRA co-ordinator, Mr Emmanuel Ndlovu and Mr Chrispen Ngulube, a Luveve resident who is among those that have been affected by the outbreak, also seek to have an independent expert appointed to collect samples of the water and pipe system to determine the cause of the outbreak.

The residents accuse BCC of attempting to cover their tracks by embarking on a rushed exercise to lay new polyvinyl chloride (PVC) water pipes in Luveve hence their request to have the court grant them access to take samples at the old pipes.

“Most residents reported falling ill after drinking tap water provided by the respondent. Without exception, all affected residents collected, and most used the water after one of the regulation five days of water cuts imposed on most of the city by the respondent. Most people began falling sick two days after the return, as it were, of the water.

“They reported that the water, when pumped from the tape, was discoloured, with particles of solid matter, greyish brownish, dark green in colour. Residents also reported that the water was odoriferous with a suggestion of raw sewer in the odour,” reads part of the application.
BPRA further accused the local authority of denying responsibility for the outbreak, declaring instead that their water was satisfactory, with the city’s Mayor, Councillor Solomon Mguni announcing that they had found bacterial presence in containers some residents used to store water.

“The diagnosis published by the Mayor, according to advice from medical personnel advising our legal team, and according to internet sources simply points to some other underlying problems of bacterial infection in the affected patients. It seems to be a life-threatening condition resulting from some bacterial infection,” reads the application.

The residents justify the urgency of the matter, adding the local authority may destroy or conceal the evidence relating to their responsibility of the outbreak.

“Further the Applicant requests urgent access to the routine plumbing maintenance schedule for any part of Luveve for the past six months. It is our belief that the respondent carries out, or should, routine maintenance and inspection of its water infrastructure. The application is made without notice on the grounds of fear of adverse action by the respondent. I verily entertain a fear that the respondent will destroy or conceal the evidence. The fear arises out of the combative and denialist attitude that has been exhibited by the respondent thus far. The respondent may conceal or do away with evidence to perpetuate its denial,” read the application – Sunday News