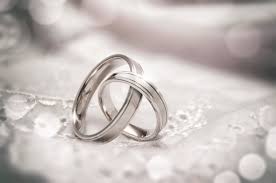 The Department of Home Affairs has confirmed its plans to introduce a new draft marriage policy in South Africa, but has indicated that the process was delayed due to the coronavirus pandemic.

In a parliamentary presentation on Tuesday (6 October), the department said that the policy was originally set to be gazetted for public consultation during the 2020/21 financial year, after which it will be submitted to cabinet for approval by 31 March 2021.

In an explanation of the policy in May, the department said that the legislation which currently regulates marriages in South Africa has been developed without an overarching policy that is based on constitutional values and an understanding of modern social dynamics.

This has led to the recognition of different marriage rituals without any harmonisation, it said.

Given the diversity of the South Africa population, it is virtually impossible to pass legislation governing every single religious or cultural marriage practice. It is against this background that the DHA is embarking in the process of developing a marriage policy that will lay a policy foundation for drafting a new single or omnibus legislation.”