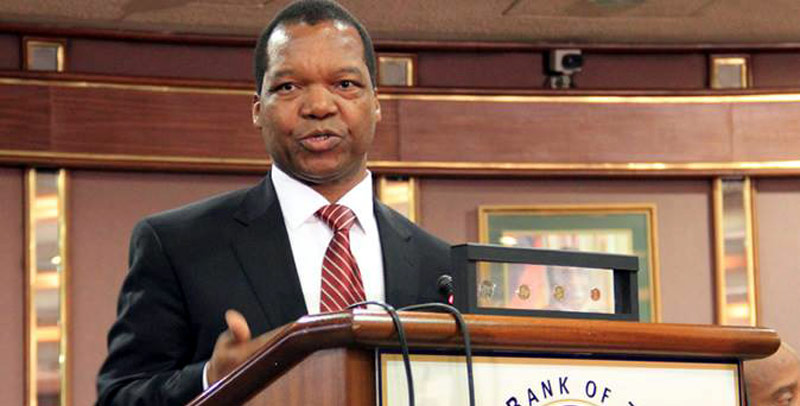 When it came to light that RBZ Governor Dr John Panonetsa Mangudya accused Ecocash of failing to provide some Know Your Clients information and that some of its agents had overdrafts of $39 million ( in itself not a very shocking figure in business) in his founding affidavit, I became intrigued. My sense of curiosity was piqued and my mind went into overdrive. I smelled not just a rat, but a very large rat. I said to myself, ‘panonetsa apa’ and started digging.

Something about what the RBZ chief said was not right and did not sit well with me. Firstly, Ecocash is not a bank but a trading platform. It simply enables the movement, withdrawals and payments of mobile funds. The platform does not originate funds hence it cannot control the amount of funds that are traded by clients. Ecocash cannot extend credit facilities (overdraft) to the level of $39 million. Either, the Governor lied or there is something he is not telling us.

Money originates from RBZ, goes to banks and finally to the end users who either take it as cash or use it through electronic or mobile money platforms. This is an agreed process and nobody can dispute that. There is no other source of money in Zimbabwe except the RBZ. To say Ecocash has agents with overdrafts of $39 million or to claim they fund their agents will be a gross misrepresentation of facts. It is akin to saying that Ecocash is printing money or usurping the functions of RBZ. This would then be a serious criminal offence.

But that is not the case here, instead Ecocash has taken RBZ to court and this shows that something fishy is going on. Investigations carried out by this writer reveals that the RBZ governor is reportedly colliding with a certain local bank to smear Ecocash in the public eye, portraying it as the cause of the country’s economic quandary.

RBZ has failed to reign over illegal forex dealings. All the measures that were put in place by the central bank to thumb these dealings have failed simply because someone is being economic with the truth. Banks are also accomplices in driving illegal forex exchange. Ecocash agent lines are nothing but tools used by certain characters in the shady economy of black market. Closing agent lines is like saying, since thieves use computers and cell phones, let us take away their devices and that solves the problem.
It takes more than that to stop this problem because ZIPIT and RTGS platforms are also being used to trade forex on the black market and that is where the bulk of the trade is taking place.

This then implies that it is a coordinated process of trade that is starting from RBZ, going to banks and finally to agent lines (both Ecocash and OneMoney). They are all responsible for they also have a role to play in stopping all these activities.We cannot absolve one and blame the other. To lay blame on agents who are simply trying to make a living under the given circumstances while absolving RBZ which is failing to carry out its mandate is not only unfair to Ecocash, it’s an act of sabotage or smear campaign because banks are also complicit of the same malpractice. RBZ is simply trying to cause public anger towards Ecocash.

A few months ago, Acie Lumumba spoke of a “Queen Bee” who he alleged that he was responsible for trading money in the black market when he was appointed as spokesperson of a taskforce which was created by the Finance Ministry. When we all expected him to name a certain businessman with ties to the fuel sector, he named the Reserve Bank Chief is the chief culprit in the black market.

This information did not come as a surprise to some of us as we knew that the art of burning money originated from the former RBZ Governor Gideon Gono, who perfected it. The link with Dr Mangudya does not end at them being RBZ Governors only, it extends further to them as holders of executive positions at CBZ. So from being CBZ CEOs, the two became RBZ Governors and they both come from Manicaland, an area where the first revered RBZ Chief Kombo Moyana hailed from. They also both failed to control inflation as they aided it. The two are also responsible of loans that were given out by RBZ through CBZ which were never repaid, and had to be taken over as public debt.

Investigations have showed that the RBZ Governor’s affidavit is based on a CBZ Bank ledger which shows that CBZ Bank funded its own super agent account with $39 million. There, there! That is the issue, a bank is the source of the funds. This is an internal and private matter between CBZ Bank and its client which has nothing to do with Ecocash and does not concern the Ecocash platform. Whether the money put into Ecocash by an Agent is its own funds or is borrowed funds has nothing to do with Ecocash. Its baffling to see the RBZ and its Governor who was a bank CEO( same bank in the equation) actually raise such an accusation.

RBZ is also equally involved due to its failure to stop this mess .It is where the rot is coming from. But it may not be the whole RBZ system completely. There are others who might want to do the right thing and the agents have just been caught up in the proxy war between the rotten and those that want to clean up the mess. Unfortunately, the RBZ Governor is not one of those otherwise a solution could have been effected ages ago.

The agents are simply the ones on the ground and operating at full scale for those on the top. Any system has its loopholes and some might take advantage of it. So freezing agent lines might be the start of the fight between some RBZ officials and other banks involved in this mess through those illicit dealings.

May the truth be revealed and hopefully in time before we enter an abyss which we not be able to return from. Let us go after the real sharks not after the kapenta as we are doing here!