Journalism in the New Dispensation: the case of Blessed Mhlanga vs Tafadzwa Mugwadi. 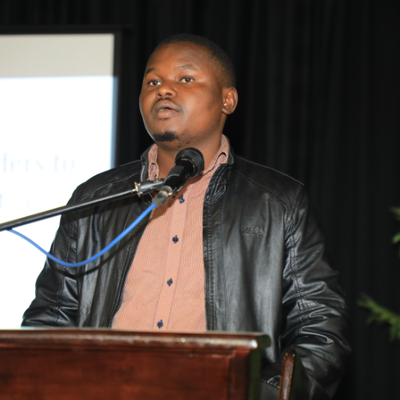 The new dispensation in Zimbabwe came with the opening up of techno digital spaces including numerous online video news outlets. This, as it may, carries its own positives and negatives. The time is now to open up on the neocolonial agendas of the fifth column under the guise of independent press houses.

Yesterday ,18 May 2020, the nation witnessed an online debate which in the first place was supposed to be an interview hosted by Mr Mhlanga of the Newsday. The program was littered with open evidence of what our journalism has become i.e the rogue practices in the equally rogue media houses with a clear agenda of spreading vile malice, casting aspersions and acoustic diatribes at every turn without let or hindrance for malevolent ends. The country is now living at the mercy of gutter journalists like Mhlanga, Simba Chikanza and Hopewell Chin’ono who’s desperation for local and international attention drives them to ‘break news’ on sensitive yet contrived false news nonetheless.

Their headlines are typically sensational about topics on national leaders or influential figures in our society. Quintessentially, the private journalism tag in Zimbabwe is increasingly defined by money mongering, rumour mongering and authorship of disorder stopping at nothing in the mission of tarnishing the image of Zimbabwe directly and indirectly for a resurgent reinvigorated regime change agenda. In as much as the private media should competently give accurate and independent news for the betterment of public opinion, ours is a case of journoctivists who think anything good done by government only happens by chance while anything bad happening in the country happens at government’s instigation. Fortunately, Tafadzwa Mugwadi, managed in a sodomy without vaseline style, to expose the fifth column.

The interview was characterised by the interviewer’s poor question construct, sheer unscholarly regular interjection, emotional personalised arguments and above all, a public show of hatred for anything Zimbabwean and its government.

Corruption is a concept that has existed for as long as mankind’s existence and it finds itself embedded in the public sector, private sector, NGOs and even among traditional leadership. Corruption is believed to have its origins around 3000 BC and described as the second oldest socially discordant social practice after sexual prostitution. The former President of Ghana J Kuffour described corruption as being ‘as old as Adam’. President Mnangagwa’s election campaign identified corruption as the election question and his thrust was and remains hinged on ‘ZERO TOLERANCE TO CORRUPTION’.

In as much as more is still expected in this fight to curb and eradicate corruption, the tone and roadmap has already been fine tuned in that regard. Corruption is a fight not only of a political party, or government but of every citizen. It is scandalous that the private media industry who should help through investigative journalism and fishing out of compelling evidence to be used against the corrupt in society are either unable to bring any form of reasonable pointers to corruption short of mere name calling especially of rich colleagues. In South Africa, Mail & Guardian journalists Mandy Rossouw and Chris Roper unearthed the Nkandla Scandal with enough facts to institute a case for the return of stolen money.

Zimbabwe and especially the private media has failed to competitively prove beyond doubt the cases of corruption on individuals they name pick more often than not and this was the case of Blessed vs Mugwadi where the journalist failed religiously to bring a shred of evidence to substantiate the allegations he was randomly throwing public consumption.

According to Alfred de Zayas, the weaponisation of human rights is when one transforms an individual or a collective entitlement to assistance, protection, expression, respect or solidarity base on human dignity and equality into a hostile arsenal to target competitors and political adversaries. This usually takes the form of naming, shaming, image used by political parties and organisation’s as an instrument for regime change and destabilisation of governments.

The journalism of people in the private sector especially the likes of Blessed Mhlanga, Simba Chikanza and Hopewell Chin’ono is that of deliberate intellectual dishonesty coupled with the incorrect use of human rights as a foreign policy tool to either tarnish the ruling party or for heroism in the western concepts of heroes. The performance by such journalists tallies with the opposition and regime change agents who self abduct and quickly blame State agents without any form of investigation as per international norms.

Such acts are quickly joined in by Western embassies in a serial acts since time immemorial.

Is it not telling that the statements demanding answers and action from Government in these cases, are as a matter of routine, tagged to all manner of western agencies and actors while ignoring the African political actors and institutions?

In conclusion, journalism in both the state and independent media houses should be patriotic, truthful and professional.

Francis Mufambi is a political analyst writing in his own capacity