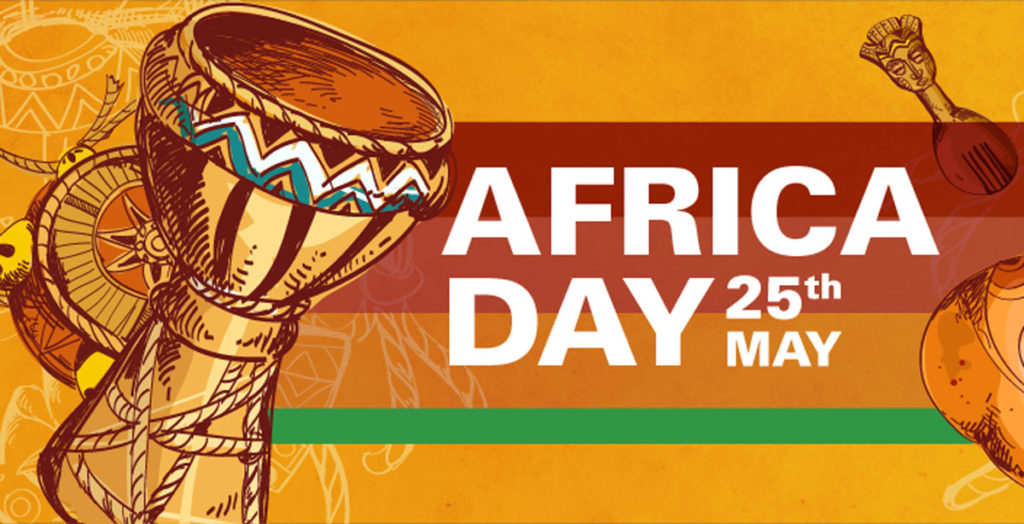 Today we join the rest of the continent in commemorating Africa day. Africa day is an important day set aside to celebrate the victorious triumph of African liberation movements against imperialism, racism and all forms of exploitation. Africa day is an important occasion for cherishing the significance of solidarity, unity, and ideological clarity that characterized the earliest liberation struggles that set the tone and propelled the class struggles of the African peasantry and proletariat leading ultimately in the attainment of independence and the achievement of the right to self determination by Africans.

Africa day today is a special day to reflect on the meaning of Africa,Africaness and African history. By definition Africa is etymological Berber taken from the word Afrikya which was a country in North Africa covering most of present day Libya. The definition of Africa have since changed with the emergence of the intellectual and political movement of pan Africanism in the fall of the 19th century with erudite ideas of the pan African diaspora movement and African nationalism such as C.L.R James, George Padmore, Marcus Garvey, Web Dubious, Frantz Fanon, Leopold Sedhar Sengor, Kwame Nkrumah, Mwalimu Julius Nyerere, Amilcar Cabral and many others.

Africa is a continent united by its history of struggle against European and American monopoly capital first against mercantilism based on unfair terms of trade where minerals such as gold and where traded for cheap cloth and cigarettes, then against slavery where millions of Africans were forcefully and brutally captured and subjugated as ‘speaking tools’ in plantations of Virginia in America and in the Caribbean, then against imperialism which balkanized the African continent and established it as a periphery satellite of metropolitan countries such as France, Spain, Britain, Portugal and Germany. Thinking of this period as an African will always lead to a vortex of tripedition and unmitigated sadism. It was indeed the peak of a world of the captured, the cruel, the evil, the banal, the mediocre, the psycho babblers and the plain insane.

In the aftermath of the heroic victories of Africa against imperialism, and slavery,Africa is still bedevilled by a plethora of problems that are unrelentingly negating the achievements of the pan African liberation movement.Africa is still a periphery satellite of Western ,American and recently Chinese capital where it is a mere raw material appendage and a market apologist for finished products.

Even countries with so called radical nationalists like Zimbabwe, characterized by a rudimentary, archaic and cosmetic nationalist programs continue to struggle and fare dismally especially with the unflinching hegemony of Neo liberalism which through the internationalization of finance and production is expropriating Africa’s capital for development through imports, illicit financial flows, and repatriation of profits of multinational companies back to their headquarters in the USA, Japan, Germany, England ,China and France.

African unity is waning ,the culture of solidarity and unity of the Africans preached by Haile Sellasie, Kwame Nkrumah and Julius Nyerere that bequeathed the Organization of African Union has faded and replaced by selfishness and competition between African governments to be the best periphery satellite with cheap labour paid starvation wages.Africa is currently shaped by the politics of begging as African governments now appoint Finance Minister based on their ability and skills to beg and carry the begging bowl. This hanky panky dependency syndrome is not only sickening but also is important only to those who are not free from some mental disorder of schizophrenia even in its mildest form of neurotic psychosis.

The desperation for foreign direct investment and the extension and entrenchment of neocolonial relations in Africa has created a fertile ground for the uninterrupted plunder of African mineral and human resources through relaxed legal and other frameworks for ensuring accountability and transparency. The ruling classes in Africa have been defiled by the trappings of neocolonial crumbs falling from the gluttonous mouth of imperial capitalist combines, cartels and banks and have sold out Africa while they successfully establish themselves as a distinct class of compradors playing the role of facilitating the destruction and plunder of client African state by vicious foreign capital.

With no ideology for development and with pan Africanism now ringing hollow after its defilement by imperial monopoly capital following vain attempts led by Thabo Mbeki the former South African President to continentally subject Africa to imperialism through the New Partnership for African Development, its now time to rethink African development within a materialist framework using the philosophy of dialectical materialism. The top bottom approach of unifying Africa through regional organizations has failed and a new unity based on class and class solidarity is now required. The emergence of a new regional working class solidarity established on the dialectical materialist plane will go a long way in defeating the three principal causes of Africa’s underdevelopment that are being supported expediently by imperialism; anachronism, superstition and authoritarianism.A regional working class movement and solidarity must constitute the the second wave of African liberation and liquidate the client state paving way for an independent and prosperous Africa that is industrialized ,self reliant and democratic.

It is only a regional working class movement led by class conscious fighters from the proletariat class that will succeed in exorcising the demon of neocolonialism and the liquidation of the dictatorship of the compradors that has thus far succeeded in establishing its hegemony through its distortions and manipulations of the ruling class ideological apparatus; media, education, religion, political institutions and religion. The consciousness of the African masses is alien to it, it has a false class consciousness which explains why the South African working class and the lumpen proletariat is butchering its fellow members of the working class that are struggling under the system of capitalism driven by the financial lust and gluttonous belly of white monopoly capital.The new regional consciousness will negate nationalism, social patriotism and social chauvism and expose and dent the limited capacity of nationalism to fight neoliberal globalization.

As legendarily alluded by Joseph Uhuru Sserubiri “the prime obstacle to African mobilization and organization is the packed galleries of the Traitors-at-the-Top of Pan-Africa’s societies and communities; the Traitors spiritual, Traitors Intellectual, Traitors Political, Cultural, Economic”, who are installed by White power to disorient and lead the Africans astray, and who hold their own people down for the imperialist enemy to rape, loot, exploit and exterminate.

One of the important steps towards victory must, therefore, be to de-Niggerize and re-Africanize our minds; to get rid of the Niggerism that now entrenched in the homeland. The Ngugi wa Thiongo decolonisation of the mind is a gigantic step in the process of regaining a miseducated African for purposes of re-Africanisation. Africa should get rid of Niggerism since it is detrimental to the realisation of who we are.

Africa shall be great again