The Land Issue in SA: Why it may take long to address 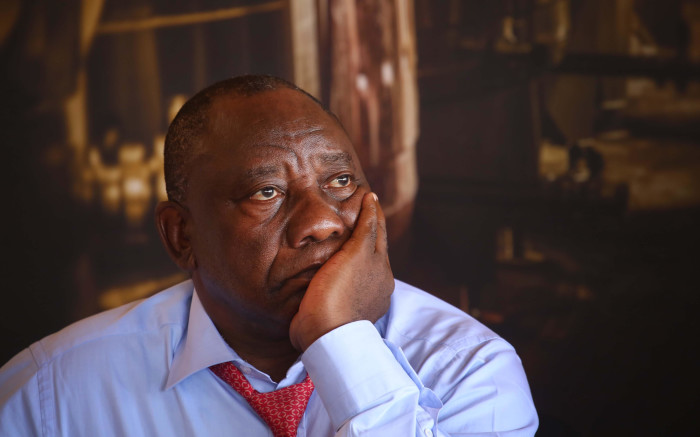 In 1996, during a Truth and Reconciliation Commission session in South Africa, a member of the audience that was dominated by black Africans told this story:

“Tom and John were neighbours. One day, Tom stole John’s bicycle. They did not speak for years until the day Tom extended his hand to John and said, ‘Let us reconcile.’
“What about my bicycle?” John asked.
“Forget the bicycle,” Tom said. “Let it not stand between us.”

The above illustration captures what happened in South Africa. Yes, the Country fought apartheid and got the majority rule in 1994. But their victory was just a window dressing because the country has failed to address the issue of land ownership which is fuelling the current imbalances caused by years of colonialism.

The issue of land ownership is critical in former colonies across the world as they are seized with the mammoth task of distributing it fairly to previously disenfranchised people. According to the 2017 land audit by the South African government, 72% of the country’s arable land remains in the hands of white people who only make up 10% of the country’s total population.

This is contemporary evidence of the wholesale land dispossessions carried out by successive colonial regimes, from the 17th century up to the 20th century. Historically, black South Africans were denied the right to own land during Apartheid through draconian laws which were designed in favour of white people on land and property ownership.

This led to the current status quo where the majority of large and arable commercial farms are owned by white people and this gives them economic dominance since agriculture forms the base of South Africa’s economy.

White people control the country’s agricultural activities, export markets and natural resources. This was promoted and instituted by colonial and apartheid policies, mainly the infamous Native Land Act of 1933 and the Native Development and Trust Land Act of 1936. The two acts created the present land and agrarian structure where large-scale corporate producers are mostly multinational, while  medium and large scale commercial farmers are white people with private land ownership which even stretches to communal lands. This is a historical accident which needs to be corrected.

With the end of white minority rule in 1994, the democratic government made a promise of land restitution and a programme was put in place. It followed a “willing seller, willing buyer” model through which the government brought white owned farms for redistribution. The move did not bring much progress in addressing the inequalities of land ownership because most of the country’s farmlands are still owned by white farmers.

The land reform issue in South Africa Africa has become a cause célèbre in countries like the United States, Canada, and Britain. Last year, the President of the United States of America Donald Trump tweeted about it, threatening sanctions on South Africa if the country carries it out. In South Africa, the issue of land redistribution is complex, and has a long history characterized by a series of ineffectual and ill-defined government programs, and a lack of the political will that spans successive cabinets.

The lack of progress on resolving the issue speaks not just to the various issues facing South Africa ranging from poor economic growth to spiralling unemployment, but also to the broader difficulties of finding practical solutions to redress historical injustice.

It is a challenge informed not only by domestic politics, but also by years of chaos in neighbouring Zimbabwe, which has seen ill-fated attempts at land redistribution and the negative impacts it has on food production and the economy.

Furthermore, the majority of Western countries do not condone the land reform. The possibility of them reacting to South Africa in the same way they did to the Zimbabwean land reform is very high.
In 1996, Nelson Mandela signed into law the Constitution of South Africa where issues of land and property rights were addressed in Article 25.

The chapter prohibits “arbitrary deprivation of property” but allows expropriation of land for “public interest” after “just and equitable” compensation. President Cyril Ramaphosa proposed a constitutional amendment last year that allows the government to seize “unused” private land without compensation, a process known as expropriation, and redistribute it to disadvantaged black farmers.

The South African Parliament, voted overwhelmingly to draft it, and an ad hoc committee was set up to oversee that process. But nothing tangible has happened. There are some who do not see the need for the Constitutional amendment act which deas with land and property rights to be put to effect.

Many in the African National Congress say since Article 25 allows for appropriation without compensation where public interest is concerned, there is no need for the amendment. Sceptics argue that the clause will not deter endless litigation in courts. The Economic Freedom Fighters led by former ANC Youth League leader Julius Sello Malema are calling for nationalization of all rural land without compensation.

President Ramaphosa assured the international community that there will be no land grabs and that land reform and expropriation without compensation would take place in an orderly manner. South Africa needs a triple reform to have a chance of dismantling the social legacy of apartheid. It needs a land reform that passes control of communal areas from traditional chiefs to the present tillers of the land in rural areas, and allow the poor urban dwellers to produce food and livestock.

It needs a land reform that provides land for housing millions of people in informal settlements.Without land reform, the A.N.C. and Mr. Ramaphosa will fail to lift the majority of the black people from abysmal poverty and fail to address the injustices created by apartheid. Few doubt that the spectre of Zimbabwe plagues South Africa’s political leaders. The irony is that, Zimbabwe itself delayed its own land reform to allow South Africa to gain its independence. In the absence of a credible response to the land question, the A.N.C.’s fear of populism and demagogy is likely to come true.

What is clear though from all accounts is, South Africa, like Zimbabwe, failed to address the land issue for too long. It took the country 25 years after freedom, for it to make serious moves towards addressing the issue. But will it make a difference? To start with, the country needs to apply state-led and market-driven approaches in resolving the land question.

In other words, the government is justified to acquire land from “white owners” for redistributive purposes. The state-led approach is essentially a compulsory land reform approach where government uses its power to acquire land without consent to benefit the broader society.

This is different from the market-based approach, which is largely based on the willing buyer/willing seller principle. By implication, both approaches can be used but unfortunately those who hold the land are unwilling to sale.

Nothing can stop the government from expropriating land with compensation, taking into account the ugly history of land dispossession in Africa. Even in Zimbabwe, the government decided to pay farmers whose land was expropriated during the fast-track land reform programme. Action on land reform is long overdue, and the failures to date lie substantially at the door of the State and the ANC as the ruling party.

However, the ANC Government does not have the nerve to actually carry out land reform in South Africa. There have been half-hearted attempts at it with every ANC convention over the years passing a resolution on land. The fact that they had to fire radicals like Malema and Floyd Shivambu from their ranks after the two and others in the Youth League spoke about land shows their unwillingness to act.

The way ANC has only spoken about land during elections and go silent afterwards shows that the land issue in South Africa may never see the light of the day except as an election gimmick.

The economy in S.A, like in most African countries is largely agro-based or land based. Ownership of the land determines who controls the economy. The whites still control the economy despite the fact that they are few.  The ANC is perhaps a beneficiary of this skewed land ownership. A few in its leadership ranks have been accused of being in bed with the whites and everyone knows Ramaphosa is a big business man. He cannot be trusted or expected to carry out an action that would upset his applecart.

The whites in SA hold a lot of power.  The current status quo is likely going to continue as the inaction of the government on land cannot be put down to the constitution. Expropriation is possible under existing rules but the State is failing to act.
The fear of a Boer uprising as threatened by AfriForum and the fact that there is still a private Boer enclave of Orania which has its own private currency where blacks are not allowed, the fear of the West’s reaction, the Zimbabwe spectre and the complete inaction on the issue clearly shows that SA will not be having any land reform any time soon.

How the whole black race can be held at ransom by less than 10% of the population shows that even as they want land, the black people of SA do not know how to go about it.

There are few black farmers in S. A who are mostly in communal lands. The majority of farmers in S. A prefer to live in towns, drinking and carousing. Convincing such people that wealth lies in the land is difficult. For too long, they have not owned land and their identity with the land has long been lost. Whether government acts or  not, there will be no serious push from the urban dwellers.

While South Africa gained majority rule, political freedom and a semblance of truth and reconciliation, it did not gain what really drove the struggle – THE LAND. This is not likely to change anytime soon and many who fought for it will soon be gone from the scene and the song NOT YET UHURU, will continue being sung in South Africa for a long time to come.