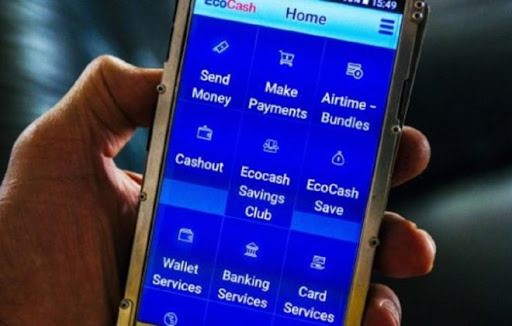 ‘Please note that the RBZ directive restricting the number of daily internal transfers has been revoked’ is the message I received from my bank this past week, a few days after the Reserve Bank of Zimbabwe issued restrictions on the amount of daily internal transactions to “contain” nefarious activities driven by unscrupulous people who are reportedly driving up the parallel market exchange rates. The quick reversal of the policy raised a lot of suspicions from citizens but little did they know that something much bigger was being planned.

It did not take long before the government introduced another policy which shocked people and caused tremors across the region. In one single stroke, the Government suspended mobile money transactions in Zimbabwe along with trading on the Zimbabwe Stock Exchange with immediate effect! Those whose money was stored in their lines were affected by this development, as it would stay there for an unknown period until the mobile money operators return to their original purpose.
The central bank also released a statement following the announcement from the government which defined the nature of the ban and outlined specific targets that still affect our people.

The statement is full of contradictions which makes it difficult for people to tell if mobile money services are suspended or not. The first lines says all mobile money agents have been closed. But merchant lines were exempted to receive payments only, but bulk payments were restricted. Further, the liquidation of balances will be done via the banks.

The question which rises from this is, why are people not using banks in the first place? Does RBZ understand that it is responsible for the country’s lack of faith in the banking system? Now the central bank wants all “bonafide transactions” to be processed by the very same banks that people have lost faith in! One wonders how they are going to process these transactions without agents in the middle, especially on mobile money accounts that are not connected to bank accounts.

Millions of people are going to be affected by this move because it was effected before the government made efforts to address what really led to the rise in the usage of mobile money. Of cause there are some unscrupulous people who are abusing mobile money platforms through illicit forex trade and these people may be working in cahoots with banks, businesses and certain shadowy figures to cause confusion on the market, leading to price distortions.

But does that require shutting down the whole payment system? As a country, do we lack the intelligence to control and curb those who are responsible for illicit trading that we have to punish more than 10 million citizens who use mobile money platforms to transact?

No, I do not believe we lack the expertise nor the ability to do so, but there is a more sinister reason for this. I think the move to close the whole mobile money system is a strategy meant to mop up foreign currency from the people via one channel. For years people have speculated that RBZ is involved in buying forex on the parallel market and feeds the street traders with cash. This move makes it easy for RBZ to fuel hard cash, that is bank notes on the parallel market and control the auction system to buy all the money. They can now set the street rates which were lower than the mobile money rates. In simple terms, there will now be one buyer of all the forex, RBZ!
No competition just one buyer, and that buyer can determine prices at whatever rate he actually wants! After all, RBZ is the source of bank notes which they have starved the market while feeding the streets in drips and drabs. All they have to do is fire their printers and get more bond notes and buy hard currency. They can now control the forex exchange market easily. These gentlemen at Treasury and RBZ are not capitalists in thought but are simply interested in Command Economics. So yes, the Stock Market and the public suffers the most.

How anyone thinks closing the mobile money operations will slow down the runaway inflation and also control the black market rate is beyond any logic. I would say its nonsense but before i do that let me first state that both the Minister of Finance and Reserve Bank Governor are steeped in irrelevant western liberal economic dogma that is inappropriate for an economy under sanction. They have absolutely no idea on what is happening in Zimbabwe or how to get us out of it.

Let us look at what is obtaining by first going through the facts and then we will round up on why it is wrong to close mobile money operations.
There are three main types of inflation: demand-pull, cost-push, and built-in inflation. Demand-pull inflation occurs when the overall demand for goods or services increases faster than the production capacity of the economy. Cost-push inflation happens as a result of an increase in the cost of production. Zimbabwe is currently experiencing the cost push inflation as the cost of importing is high in ZWL terms as businesses have to buy forex to import goods, and sell at prices which can allow them to make profits and retain the capital to restock. So the exchange rates will be pushed up either way.

Consumers with no source of forex will definitely pay a premium to obtain either the goods or the forex to buy the goods. This will further erode their earning power and push them further into poverty.
The high inflation rate in the country is being caused by money supply which is increasing at a rate which is outpacing economic growth. Basically, we have too much money in the system against few goods in production and that can never be put on mobile money operators. Blaming them simply shows a high level of ignorance on basic economics basics. That could be the reason why we have not been able to fix this Economy.

The National Debt also comes in as another factor which is causing inflation. Our debt is very high both in local currency and in hard currency. We are heavily indebted and we have no assets to cover the debt. Our balance of payment and our trade is heavily tilted against us. The Demand-Pull Effect is the other cause of Inflation. There is a high demand for forex against a low supply of it. There are also Cost-Push factors that are leading to inflation as already explained above. Exchange rates also cause inflation and the exchange rate in Zimbabwe is wayward. Yes, they are trying to control that but they will not succeed because they are ignoring the factors that are leading to the current situation.

The floating of exchange rates and the auction system will accelarate inflation as the demand for forex will go up. It will push prices of goods up as already seen on fuel, sugar, bread and other basic commodities. This in turn leads to inflation as consumers will be hard pressed to find more money to spend on high prices of goods
In one sentence, poor people lose to inflation and rich people gain from inflation. The poorer you are, the more you lose and the richer you are the more you gain. The whole country is crying from one thing: prices have gone up. Why? Because the majority of us fall in the category of poor people while the few rich people are just milking off from the situation! Then boom! The money printer is fired and we are printing more money ending up in hyper inflation. The country is just repeating what was done before. When a country prints more money to try to make its economy grow the end result is always inflation. As the printing press speed up, prices rise faster, and “hyperinflation” sets in.

This has nothing to do with mobile money operators as the government would like us to believe. From the government’s press statement, the allegations which were made, especially against Ecocash are criminal to the extent that if they are true, the company is seriously violating money laundering laws. If it is true that Ecocash has actually done as alleged, why is the state failing to lay charges against it? It is simply not possible for a mobile money operator to originate money in its systems without a source. Even if it has lines that get funded, the source of money into those lines is known, it is a bank account, so the authorities should simply follow the money from its source!

The responsibility of that lies fully with the Financial Intelligence Unit and the Reserve Bank. Why do we keep making laws and releasing instruments to cover up for the failure of our people or systems rather than simply fixing the systems? Closing mobile money payment systems is not helpful at all. If anything, it alienates Government from the people and shows how disconnected it is from reality. How will people transact amidst the shortage of bank notes? How will they make payments considering that most who use the mobile money platforms do not actually have bank accounts let alone bank cards nor do they buy from shops with swipe machines? These shops use agent lines to receive money as payment from customers for goods!

The inconsistency is not just shocking and bad for business but its totally against the ‘ZIMBABWE IS OPEN FOR BUSINESS’ mantra. How can you be open for business when you have Luddites running your Financial System? How are you open for business when trading on the Stock Exchange is just closed arbitrarily? How can you say you are open for business when you close the easiest method of transacting?
So because we have people at our Apex Bank who are out of touch with reality, and who admitted that they are clueless and out of ideas, do we have to sabotage business and greatly inconveniece the public? Are we not afraid of the consequences? How can we seriously close the only way used by the public transact? Do we want an insurrection in the country? If the gentlemen in charge of the Financial system have failed, let them simply resign!

We have people lying to leadership of this country. Instead of admitting their failure, they simply apportion it elsewhere! The black market is not caused by mobile money agents but by those able to transfer large sums of money from their accounts into other accounts which RBZ conviniently has restored, and then secondly into mobile money lines! It is also fuelled by those in charge of feeding the country with banknotes who are feeding them to the streets.

So the rich and powerful are responsible for this, and instead of simply owning up and having some shame, they would rather continue to punish poor people to languish in poverty!

Shame on them! Their heartless activities and false convictions of accusing mobile money platforms, particularly Ecocash of pumping fake money into the parallel market are not only false, but far fetched.