Slave Trade and Colonialism:A Case for reparations for Africa and Zimbabwe. 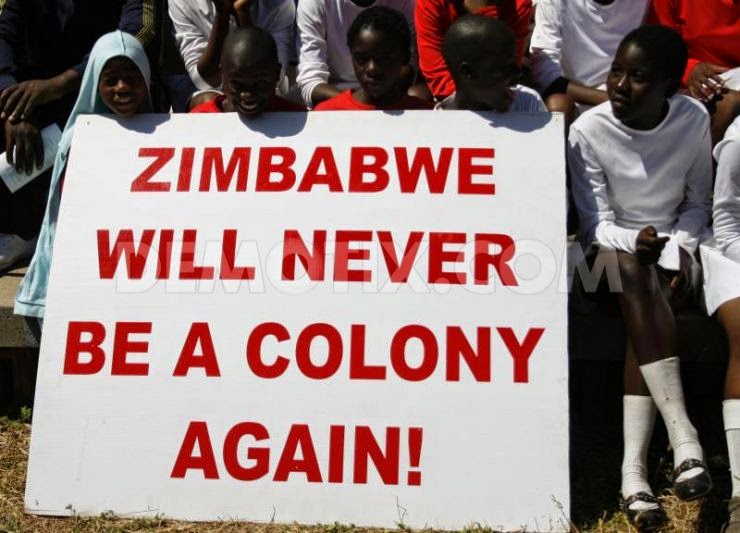 The Western World has been dominating the world economy but the reason for that has been due to colonialism and slave trade.Before 1800 the world’s richest nations were India and China and their dominance was for 1800yrs a feat likely to be repeated in the next five years.

The West has been at the fore front of trying to sue China over the origins of Covid19 a case of double standards.The Western nations impoverished Africa and Zimbabwe in particular due to colonialism and slave trade.They took the most able bodied personnel and mineral wealth thus depriving us of opportunities to benefit from our human capital and natural resources.

When the First and Second world war ended the nations which were defeated were made to pay reparations to the victors.Africa and the third world needs to be compensated for the inhuman acts of slave trade and colonisation.Some families were divided and other tribes exterminated by these two events which were worse than first and second world wars.

Most African nations are wallowing in poverty due to these heinous acts and are accused of violating human rights when they embark on programs meant to bring about national development and self sustenance in the case of Zimbabwe the Land Reform has been condemned and instead of the West compensating Zimbabwe they imposed sanctions and its high time we demand our dues from the oppressors.

The reparations will run into trillions of dollars and DRC alone lost 10million people only for Belgium to ask for an apology more than 100years later in 2020 and most destabilisation in Africa has been caused by the West as they want to plunder Africa’s resources and and who has been behind the destabilisation in Great Lakes Region,The Angola and Mozambican wars,who was funding Units and Renamo.DRC has over 90 minerals of economic value and just looking at its history since independence shows the hand of the West.Zimbabwe has 60 minerals of economic value and the moment the nation embarked on land reform the issue of human rights was raised but the main reason was that their kith and kin access to land were all resources are located had gone back to it’s rightful owners.Libya was destabilised and Late Col Gaddafi murdered and the reason for that was he has called for the setting up of United States of Africa whose thrust was to stand for the rights of Africans,he had also raised the case of reparations for Africa.The nations that are hailed as good ones are those who don’t claim their heritage.

Its really sickening to hear an America Senator saying slave trade was a necesary evil as it helped them built their economies and destroying Africa’s and this goes to show that Africa needs to stand up and be compensated for its forefathers who were treated inhumanely.They want to claim to be masters of human rights forgetting the worst acts they perpetrated. London has got gold which it looted in nations like Zimbabwe,Ghana etc and they even went on to create markets to determine prices for resources they don’t own.

The West has sponsored scholars to write negatively about the rise of China as they are hurt about losing resources to a competitor who is being welcomed by Africa as the competitor helped many nations to attain independence.