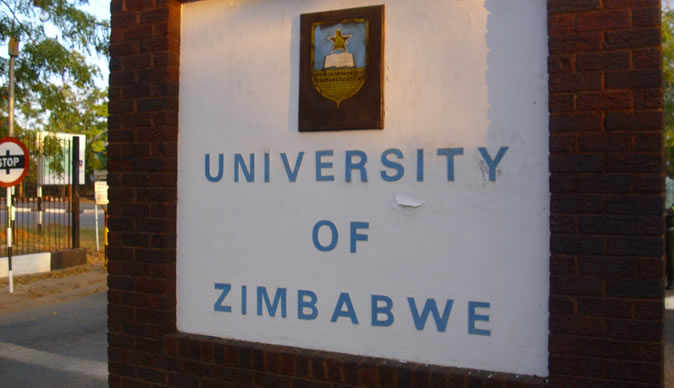 Zimbabwe has one of the highest literacy rates in Africa and developing world but has a smaller economy.The education system that we inherited after independence was tailor made to create employees not employers and this served well the colonial set up.

Zimbabwe has churned out hundreds of thousands of qualified personnel from universities ,polytechnics,vocational training centres,teachers colleges,nurses programs etc but has zero inventions or projects that help to grow the economy.Our graduands can be employed anywhere around the globe.

There is need to have a national projects program where every graduand from a tertiary level is supposed to write a project meant for the nation in addition to their dissertations and some of these projects can be implemented for the benefit of the nation.The government invested in the education sector but the nation has remained poor as there is no program to harness the knowledge the system imparted on its nationals.

The national projects concept will buttress the Innovation hubs which the government has started rolling out.The introduction of new curricular and 5.1 for universities will also go a long way in changing the mindset of our people from primary to tertiary level.

The national projects concept shall create a database of projects whose implementation will offer home grown solutions to a myriad of challenges bedevilling our motherland.The program will see the government tapping into the rich intellectual base the nation possesses.

Japan was decimated after the Hiroshima and Nagasaki bombing of Aug 6 and 8 1945 but by having a robust STEM it emerged to be the second largest economy before China overtook it,the basis upon which its economy grew was a home grown solution based approach anchored on promoting projects crafted by its own people.India got it’s independence in 1947 and is poised to be the second largest economy in the world by 2030 due to it’s tapping of intellect base which has led to it to become the world’s pharmaceutical superpower as most drugs are nowanufactured there.The India’s medical and IT industries are amongst the world’s best due to having programs that promote funding of projects from its students.China managed to lift over 800million out of poverty due to its implementation of home grown solutions,prior to China joining WTO it was known as a poor country.China is poised to become the world’s largest economy by 2025 in terms of GDP due to its educational system which promotes national development as all concepts crafted are implemented.

The Asian tigers like Singapore and Malaysia did change their educational systems to enable national development.Zimbabwe needs to take a cue from these nations as they have been through the worst but managed to turn around their fortunes through harnessing their own intellect base.

The government needs set a national projects database where experts will be looking at projects submitted that can be implemented and if need be invite the person who did craft it as he/she will be the best person to see its fruition.The national projects concept should later be made to cascade to high schools where talent identification would have to be made at an early stage.

Most of our intellects can offer solutions to problems bedeviling our nation due to over reliance on ideas crafted elsewhere some which are not ideal for our nation .We need to create a robust research and development hub where people can have their projects funded so that we save the scarce forex and its really hurting that Zimbabwe imports tooth picks but we do.have faculties of engineering at NUST,UZ,CUT etc,is it that our engineers can’t invent anything or its a question of lack of funding and system to promote inventions.

The nation has a lot of herbs which our forefathers used to use,which are still effective but we haven’t managed to create a single drug which we can patent and export given the number of pharmacists,medical lab scientists,doctors ,veterinary surgeons etc we have churned out since 1980.We have one of the best primary and secondary teacher training programs and these have churned out teachers who have just limited themselves to classroom teaching but are key to creating an education system tailor made to instill a sense of innovation amongst the students at a tender age and talent identification.

The nation embarked on land reform but we didn’t have any farming implement manufactured locally thus resulting in a lot of forex being used to import farm implements as part of Mechanisation of our agricultural sector but we have been producing Agricultural Engineers who could have invented such implements.

The implementation of national projects concept will help Zimbabwe achieve it’s set goal of becoming an upper middle income by 2030 and possibly be a force to reckon with in Africa as we have what it takes but lacks proper implementation strategies only .We need to involve any Zimbabwean who is patriotic as reliance on foreign investors is not the way to go and in the wake of Covid19 pandemic every nation is now focusing on its own economy.The Land Reform program failed to bear fruits as majority of our system was linked to Western capitals and their withdrawal led to economic melt down ans majority of our intellects followed their employers as the education system made them believe that their portion was to be employed thus crying for job creation instead of creating own jobs using the education they acquired.

The time is now to let the lion in Zimbabwe roar which is to unlock the academic potential we possess to implement projects from locals and if need be engage friendly nations to help us to fund some of the projects.