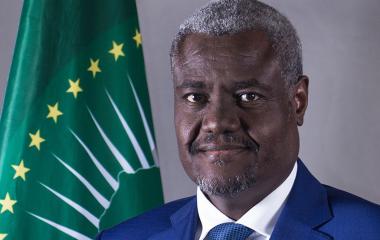 African Union Commission’s (AUC) Chairperson Moussa Faki Mahamat has urged Zimbabwean authorities to uphold the rule of law and allow citizens to enjoy their rights and freedoms as enshrined in the 1981 African Charter on Human and People’s Rights.

In a statement, the Chairperson urged Zimbabwean authorities and security forces to exercise restraint in their efforts to contain the Covid 19 pandemic, and their response to peaceful protests following reports of police brutality, abductions and arrests of citizens which have haunted the country.

“The Chairperson of the African Union Commission (AUC), Moussa Faki Mahamat is following closely political developments in Zimbabwe as the country mounts concerted efforts in response to the devastating effects of the COVID-19 pandemic,”

“Cognisant of the existing harsh socio-economic situation in the country, the Chairperson urges the Zimbabwe authorities to respond to the pandemic ensuring that the national response is premised on human rights as enshrined in the 1981 African Charter on Human and Peoples’ Rights. The Chairperson is concerned about reports of disproportionate use of force by security forces in enforcing COVID-19 emergency measures. Authorities should exercise restraint in their response to peaceful protests,” said Mahamat.

The Chairperson also encouraged the Zimbabwean government to uphold the rule of law and allow citizens to enjoy their freedom of assembly, association, information and allow the media to operate freely. 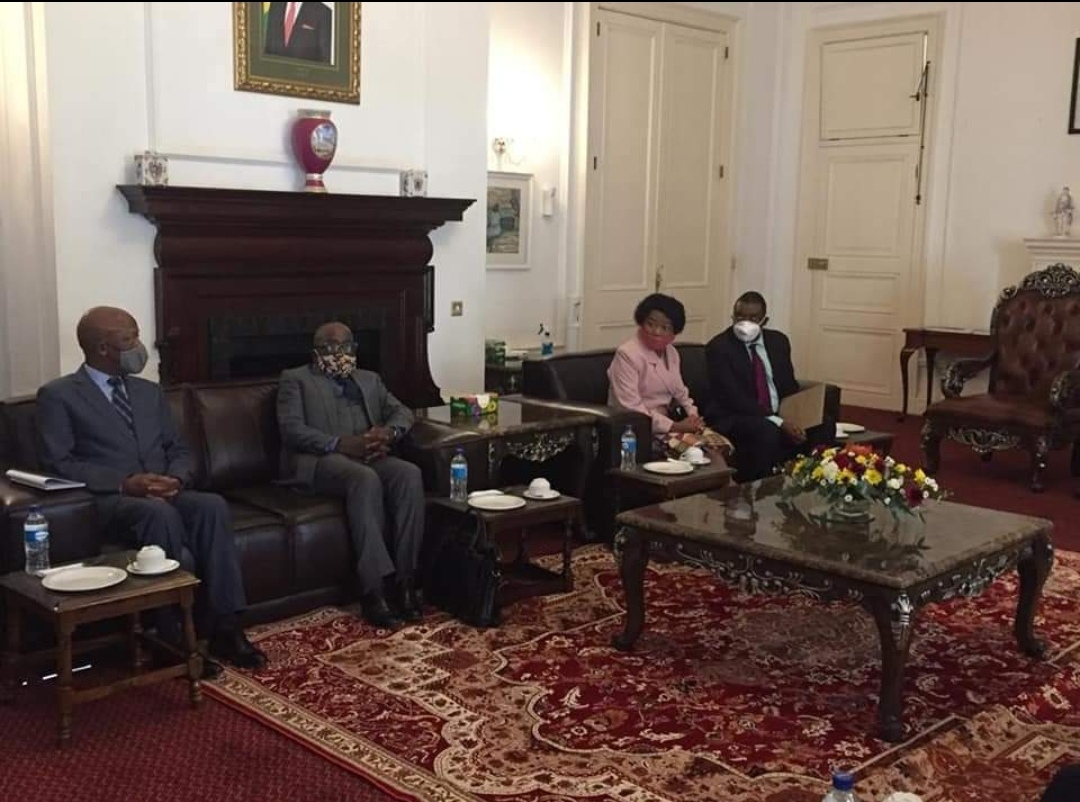 Meanwhile, the South African envoys that were appointed by South Africa’s President and A.U Chairperson Cyril Ramaphosa arrived in the country yesterday. The envoys, former Cabinet Minister Dr Sydney Mufamadi and former Speaker of Parliament Ms Baleka Mbete, were appointed and sent on a mission to engage Zimbabwean authorities to identify ways in which South Africa can assist to address the “Difficulties” that are currently being experienced in the country.

The envoys met President Mnangagwa at the State House and were expected to meet members of the opposition parties as part of their engagement efforts.

But the MDC Alliance spokesperson Fadzayi Mahere revealed that her party failed to meet them as they indicated that they were returning to South Africa.

“The MDC Alliance was formally requested to be available for a meeting today, the 10th of August 2020, with the special envoys that were deployed by President Cyril Ramaphosa to Zimbabwe,”

“A delegation remained on standby from 10am this morning only to be advised at the end of the day that the special envoys would be returning to South Africa without meeting the MDC Alliance delegation in order to brief President Ramaphosa on the outcomes of their meeting with Mr Mnangagwa,” said Mahere.

Meanwhile, the Thokozani Khupe led MDC revealed that they were also invited to meet the South African Envoy, but were later told that the meeting has been deffered to a future date.

“In that call the ambassador requested the availability of Dr Khupe and the party (MDC T) for a meeting with President Ramaphosa’s envoy on Monday 10 August 2020,”

“After meeting with His Excellency President E.D Mnangagwa, the South African ambassador H. E Mbete called Dr Khupe to inform her that the meeting with President Ramaphosa’s envoys has been deferred to a future date,” said the party’s spokesperson Khalipani Phungeni.