ZCBC pastoral letter based on a “Misleading media hype” of a Zimbabwe in crisis: Government 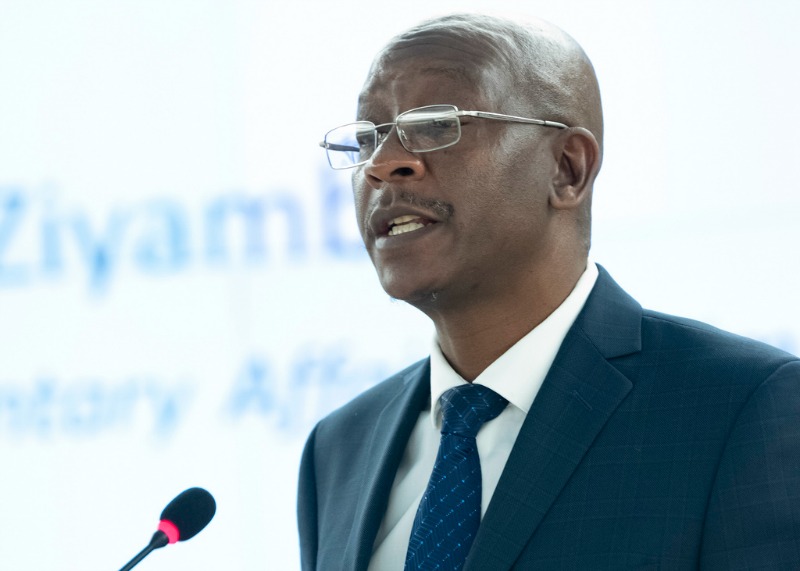 Government has dismissed the Zimbabwe Catholic Bishops Conference (ZCBC) pastoral letter as an account based on a “Misleading media hype” aimed at painting a picture of Zimbabwe as a country in crisis.

Responding to a pastoral letter that was released recently by the ZCBC which spoke against the alleged government clampdown on dessending voices and issues like corruption which the Bishops said are killing the country, the Minister of Justice, Legal and Parliamentary Affairs Ziyambi Ziyambi said the church has aligned itself with the recent wave of deliberately misleading media hype which is focused on a supported Zimbabwe in crisis.

The pastoral letter which was issued on 14 August revealed that the country is in a crisis which is driven by poverty, food insecurity, corruption and human rights abuses. But Ziyambi said there is no crisis in Zimbabwe, adding that the government is doing all it can to address the myriad of challenges brought by the Covid 19 pandemic.

The government accused the pastoral letter of making serious accusations against the government without proving any details of their alleged transgressions, saying it was created to smear and ridicule the government of Zimbabwe.

“The pastoral letter makes numerous accusations of a very serious nature against an elected and constitutionally established Government without providing any specific detail on any alleged transgressions. The impression created therefore is that the authors did not fully apply their minds to the various issue areas they raise. Rather, the letter appears to have been crafted by persons whose intention it was to level as many allegations as possible with an overall objective of simply smearing and ridiculing the Government of Zimbabwe”.

“As an example, the authors refer to allegations of human rights abuses and what they term (an unprecedented crackdown on dissent) without providing any shred of evidence to support that assertion” said Ziyambi.

Ziyambi added that the government is addressing issues like corruption, national building and granting freedom of expression and of the media. On corruption, Ziyambi said President Emmerson Mnangagwa’s main key is to fight graft as evidenced by the establishment of the Zimbabwe Anti-Corruption Commission (ZACC), The Special Anti-Corruption Courts and the Special Anti- Corruption Unit. The government said these institutions have arrested and prosecuted a number of high profile individuals like former Ministers Samuel Undenge, Prisca Mupfumira and Dr Obediah Moyo.

“The Catholic Bishops insinuate that some journalists have been arrested for exposing corruption, for the record, only one journalists, Mr Hopewell Chin’ono has been arrested, but not for anything related to his reporting on corruption. He is actually facing charges of incitement to violence, in contravening our laws,”

“The Catholic Bishops, who clearly are well acquainted with social media, will be aware that Chin’ono was openly encouraging the public to defy the law, to confront the Government and to bring about the downfall thereof,” said Ziyambi

He argued that journalists from newspapers like The Zimbabwe Independent, Newsday, Daily News and The Herald who regularly publish articles on corruption involving public officials are not harassed or arrested for their articles.

Ziyambi also revealed that the Government is going to engage the Diplomatic Representative of the Holy See to Zimbabwe, Apostolic Nuncio to establish if the sentiments that were echoed by the Catholic Bishops reflect the official attitude of the Holy See towards Zimbabwe.

The response comes after local and international church institutions issued statements in solidarity with the ZCDC for speaking the truth about the events taking place in Zimbabwe.