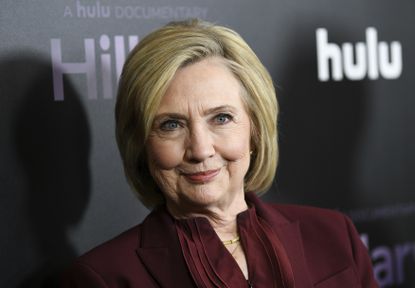 Former U.S Presidential Aspirant Hillary Clinton has called on the government of Zimbabwe to release all political prisoners, including the MDC Alliance youth organiser Godfrey Kurauone who was arrested and charged with undermining President Emmerson Mnangagwa’s authority.

The call comes at a time where the government is in the global spotlight for human rights abuses and clamping down on political dissent in the country following the arrests of journalist Hopewell Chin’ono and Free Zim leader Jacob Ngarivhume.

Speaking on her twitter account, Clinton called for the government to release all political prisoners who represent the country’s future saying justice demands it.

“I’m calling for the government of Zimbabwe to release all political prisoners, including Godfrey Kurauone, who represent the country’s future. Justice demands it,” reads the tweet.

Her tweet drew mixed reactions from people, as some told her to concentrate on issues in her country, while others applauded her for her solidarity with political prisoners in the Zimbabwe.
Below are some of the tweets:

@KennedyIbekwe1: Can you just concentrate on your own country and leave Africa alone,you are the fault of Libya situation today and now you want to cause another problem with Zimbabwe…I think you deserve alot of torture..why is Africa your problem..Be very careful before you regret

@MyZimbabwe: #ZimbabweanLivesMatter Here we are dying. We have no freedom

@MhluliMashak: The American future not Zimbabwean. The future of Zimbabwe should be determined by Zimbabweans not Americans. When are you removing illegal sanctions on Zimbabwe because they are a hindrance to Zimbabwe’s future and progress.

@THWALATHABO: Our judiciary system will decide weather the so called political prisoners will be released or sentenced…in the meantime please advise you countrymen to repeal the ZIDERA act unconditionally and stop meddling with our beautiful Zimbabwe I rest my case

@Sofiara111: Why don’t you call on the government of China to release the Muslims from their torture camps and on Modi of India to not torture Muslims? Why?

@Maxisole: Thank you for comment, but if you cared about Zimbabwe and it’s people you would speak to your government to stop the sanctions as they are hurting the people not the government

@NjabuloNgaba: As a concerned Zimbabwean, i say thank you Hillary Clinton for your support for the people of Zimbabwe, we really appreciate, however if you could please advice those in charge of sanctions to add more people (zanupf looters) on the targeted sanctions list. Thank you.