Trump set to reject election results if he loses 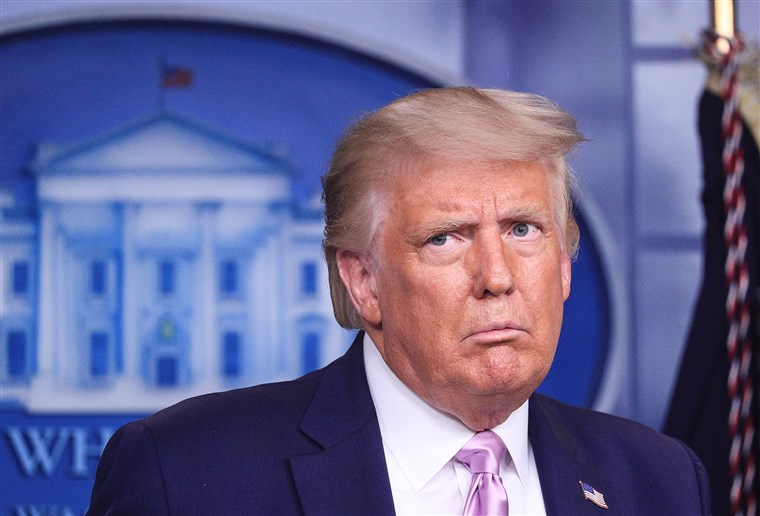 U.S President Donald Trump has hinted that he will not accept the results of the upcoming Presidential plebiscite if he loses, saying he will conduct full investigations on the ballots before conceding defeat amid fears of rigging.

The U.S Sun recently reported that President Trump’s press secretary Kayleigh McEnany made revelations that the incumbent will not immediately accept the result if he loses as he suspects that the elections will be rigged by his arch-rivals from the Democratic Party.

Kayleigh McEnany told reporters that if Trump loses the election in November, he “will investigate ballots before the accepting result.”

Last week, Trump proposed a redo of the presidential election, saying once again that it will be “rigged.”

“It will end up being a rigged election or they will never come out with an outcome,” Trump said during a women’s suffrage event on Tuesday.

“They’ll have to do it again, and nobody wants that.”

Trump has begun laying the groundwork that November’s election could be “fraudulent”.

At the center of his claims, is postal voting.
During a Fox News interview on Thursday night, Trump told Sean Hannity that Democrats will “steal” the election with mail-in voting.

“This is going to be the greatest scam in history,” he said. “This will be the most fraudulent election in history. It’s a terrible thing. They are trying to steal the election.”

President Trump is currently trailing behind his rival from the Democratic Party, Joe Bidden on the popular opinion polls.

According to the Financial Times, if elections were to be held today, Biden will win with a whopping 298 million votes, while Trump is expected to gunner 119 million votes.

The statements by the U.S President have casted doubts on the credibility of the upcoming elections as he indicated that he will challenge the outcomes of the polls if the results do not go his way.

Meanwhile, FACEBOOK founder Mark Zuckerberg is reportedly mooting plans to put a “kill switch” on his social networking platform to deter political adverts from politicians that refuse to accept defeat in the upcoming elections.

The move appears to be targeting President Trump as he is the only political player who is complaining about the credibility of the election outcomes.