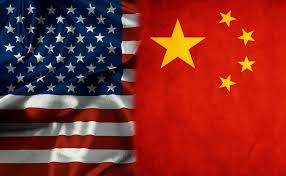 The troubled trade relationship between China and the US and Beijing behavior during the coronavirus crisis have combined to worsen American public opinion about China, a trend that could ultimately have serious consequences for the People’s Republic.

The world has changed a great deal since the outbreak of the COVID-19 pandemic at the end of 2019. One aspect of this change is a shift in the way the rest of the world views China, the country where the pandemic originated.

The main country to express hostility toward China in the wake of the crisis is the US, with which Beijing has been in a trade war for much of President Trump’s term in office.

COVID-19 has affected the lives of hundreds of millions of people all over the world and generated anger toward its source. There is a clear division between the attitudes taken by official state representatives and those taken by the general public. Members of the public have less to lose from expressing an opinion against China, while state representatives can create a serious rift with Beijing by speaking out—something few states seem willing to do.

This is not surprising, considering the way Beijing tends to react when a country makes a statement or decision that is not in China’s interest. Consider, for example, the case of the UK, which recently announced that it will ban Chinese company Huawei from its next-generation 5G mobile network infrastructure. The Chinese ambassador to the UK, Liu Xiaoming, responded by saying: “[It is a] dark day for UK and China relations, and an even darker day for the UK, with a missed opportunity to be a leading country in 5G infrastructure.” He added his “hope that the UK would resist the pressure and coercion from a certain country and provide an open, fair, transparent and non-discriminatory environment for Chinese investment so as to bring back the confidence of Chinese businesses in the UK.”

A survey conducted by the Pew Research Center this past June showed that a record 73% of the American adult population sees China as an “unfavorable” country, a 26% jump from the 2018 survey. In 2005, only 35% saw China as “unfavorable,” and that result remained steady until 2012. It began rising at that point on a steady trajectory until reaching the record high recorded this June. There were two main causes for this trend: the long trade war and the escalation of tensions that accompanied the coronavirus outbreak.

Evidence for these reasons can be found in another part of the Pew survey, which shows that about three-quarters (78%) of the American adult population place a great deal or fair amount of the blame for the global spread of the coronavirus on the Chinese government’s initial handling of the outbreak in Wuhan. In addition, 51% of Americans think their country needs to hold China responsible for its role in the spread of the pandemic. Sixty-eight percent of Americans say the current Sino-US trade and economic relationship is in bad shape, which is a 15% rise since May 2019—the point in the trade war when tariffs were beginning to ramp up.

If US public opinion continues moving in this direction, the relationship between the two strongest countries in the world will continue to deteriorate. This should be a wake-up call to the Chinese leadership. Their aggressiveness and unwillingness to take responsibility can cause them substantial harm. Western countries may well respond to Beijing’s aggressiveness or perceived untrustworthiness by uniting to block China’s growth.

Roie Yellinek is a PhD student at Bar-Ilan University, a doctoral researcher at the Begin-Sadat Center for Strategic Studies, and a non-resident scholar at the Middle East Institute.