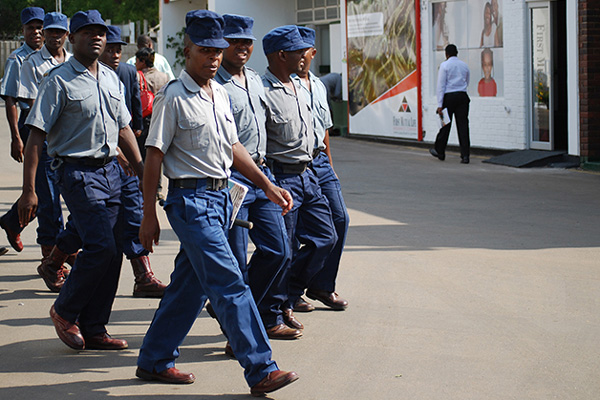 Corrupt police officers who were making money from bribes they received from bar owners have been hit by a huge blow following the move by government yesterday to allow licensed liquor retailers to conduct business.

The Covid 19 lockdown which was introduced on 20 March this year had put licensed liquor retailers out of business as they were barred from operating after they were put among businesses that could increase the spreading of the virus in the country.

This prompted bar operators to run their businesses illegally, something which put them at constant loggerheads with law enforcement agents.

Some bar owners who talked to State of the Nation news said police officers would demand bribes from them to be allowed to operate, a development which saw the majority of bars operating during the course of the lockdown despite them being restricted.

Information we gathered reveal that police officers would demand bribes ranging between Us$5 to Us$20 depending on the operational capacity of a bar, and their relationship with the owner.

In some instances, police officers would demand beer from the bar owners especially on weekends.

“Police officers were taking advantage of the government’s ban on bars and bottle stores to demand bribes from us. I would pay them Us$10 in order for me to be allowed to operate while my colleagues could pay them Us$20. We are happy that we have now been allowed to operate legally because we were getting tired of paying police officers,” said a bar owner who refused to be named.

Yesterday, the government made an announcement during a post cabinet briefing that it will allow licensed liquor retailers to commence operations in line with Covid 19 regulations, and on condition that no liquor is consumed at their premises.

This means that police officers will no longer be getting bribes from bar owners as they have been given the greenlight to operate.

Meanwhile, the government has loosened up Covid 19 restrictions as it opened the country’s airspace to both domestic and international flights with effect from 10 September and 1 October respectively

A 6.0 magnitude earthquake hit Tanzania on Wednesday night and its seismic waves were felt in parts of neighbouring...