Polls are saying Biden , We saying Trump, Might Win ‘Bigly’. 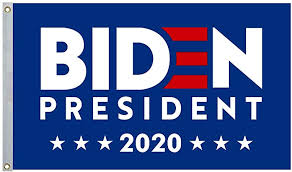 Polls are saying Biden , We saying Trump, Might Win ‘Bigly’.

The Black vote will be the factor or is a factor in this year election, in a very indirect way. The black card has been used by the Democratic Party throughout the campaign. The Black Lives Matter was used by the Democrats to turn the white and liberal voters against Trump. But the thing is blacks constitute 11% of the national vote. In North Carolina they constitute 29% of the State total vote.  The polls are projecting a Biden-Harris ticket, but our sentimental analytics we seeing Trump winning with a very small margin and disputable one too and if by any chance Biden win it will be disputable, we are entering waters we have never seen since the creation of America. Anyway we just in Africa what do we know about American politics and democracy?

Democratic presidential nominee Joe Biden has maintained a nearly double-digit national lead over President Donald Trump among registered voters since last month, according to a new survey — with the major-party nominating conventions and damaging reports of Trump’s remarks about the military apparently leaving little imprint on the White House race.

A Monmouth University poll released Thursday reports that more than half of registered voters nationwide — 51 percent — prefer Biden, while 42 percent favor Trump. Biden’s 9-point edge comes after he notched a similar 10-point advantage over Trump, 51-41 percent, in the previous pre-convention version of the poll, conducted in early August.

The latest Monmouth survey also shows Biden with a high-single-digit lead of 7 points among likely voters, 51 percent of whom back the former vice president and 44 percent of whom support the Republican incumbent.

The poll was conducted in the days immediately following reports by The Atlantic and other media outlets of the president disparaging U.S. service members and America’s war dead. Trump allegedly said a burial ground for fallen Marines was “filled with losers,” believed captured soldiers missing in action “had performed poorly and … deserved what they got,” and opposed the inclusion of wounded veterans such as amputees at a military parade.

The president and a cast of current and former administration officials have denied he made such remarks, while Biden called the reports “absolutely damnable,” saying: “I’ve just never been as disappointed in my whole career with a leader that I’ve worked with, president or otherwise.”

The Monmouth University poll was conducted Sept. 3-8, surveying 758 registered voters with a margin of sampling error of plus or minus 3.6 percentage points.