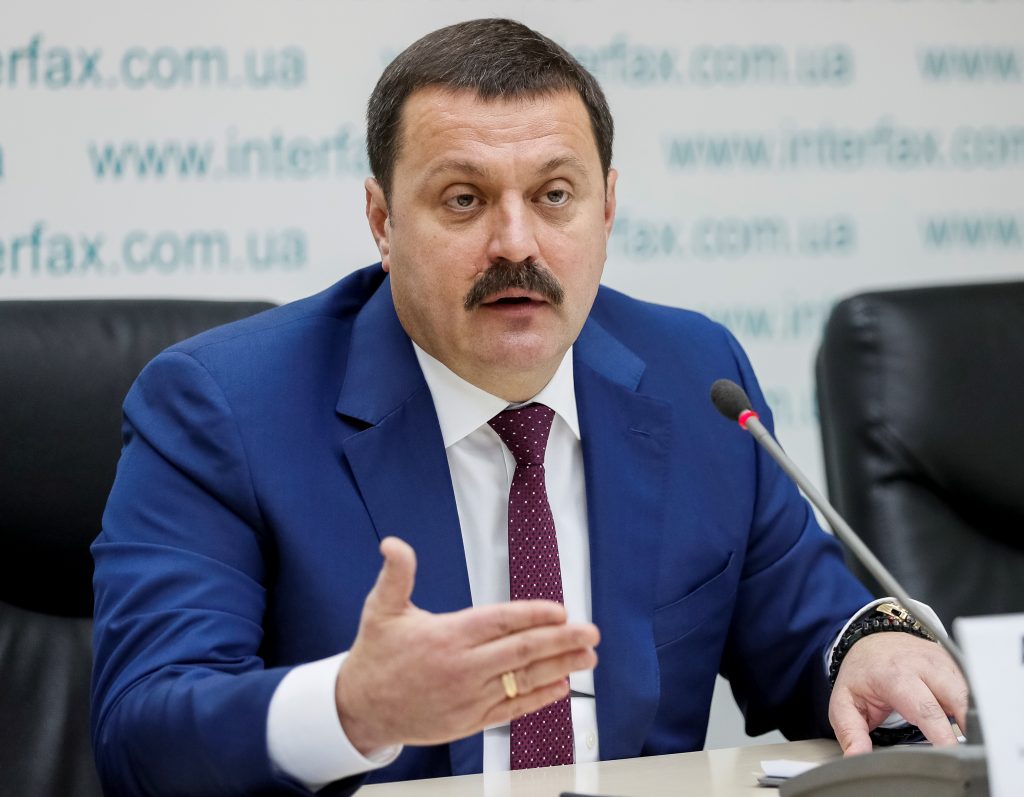 The Treasury Department has designated Andriy Derkach, a pro-Russian Ukrainian promoting discredited allegations against Joe Biden, for sanctions related to foreign interference in the U.S. election.

Derkach, who was previously identified as a malign actor by the intelligence community, met with President Donald Trump’s lawyer Rudy Giuliani in Ukraine in December, as Giuliani mounted an effort to obtain derogatory information on Biden’s relationships in Ukraine. On Thursday, the administration went even further in tying Derkach to the Kremlin

Derkach, a Member of the Ukrainian Parliament, has been an active Russian agent for over a decade, maintaining close connections with the Russian Intelligence Services,” Treasury found. “Derkach has directly or indirectly engaged in, sponsored, concealed, or otherwise been complicit in foreign interference in an attempt to undermine the upcoming 2020 U.S. presidential election.”

Derkach has previously denied trying to interfere in the U.S. election, calling it “nonsense” in a statement to POLITICO earlier this summer. He did not immediately respond to a request for comment about the sanctions designation.

But Treasury’s announcement underscores growing evidence that Russia is mounting a similar campaign to its efforts in 2016 in an attempt to boost Trump’s candidacy and damage his rival. Trump administration intelligence officials have concluded that Russia is seeking to damage Biden and support Trump through actors like Derkach. In addition to Derkach, Treasury also sanctioned three Russian nationals accused of mounting a campaign to influence the U.S. elections, in part through identity theft.

In a separate action, the Justice Department charged one of those Russian nationals, Artem Lifshits, with conspiracy to commit wire fraud connected to the large-scale election interference operation. The charging document described Lifshits’ connection to a group known as the Lakhta Project, that has been seeking to influence politics in the United States and other countries since 2014, relying on illegal cryptocurrency transfers and stolen identities. The document also describes the group’s social media strategy aimed at fanning racial and political strife.

Treasury Secretary Steven Mnuchin called the sanctions decision an effort to “counter these Russian disinformation campaigns and uphold the integrity of our election system.”

“Andriy Derkach and other Russian agents employ manipulation and deceit to attempt to influence elections in the United States and elsewhere around the world,” Mnuchin said.

Secretary of State Mike Pompeo issued a separate statement hailing the new sanction decision and asserting that Derkach “sought to influence the views of American voters through a Russian-directed covert influence campaign centered on manipulating the American political process.” The goal, he said, was “to advance Russia’s malign interests in Ukraine” and was “designed to culminate prior to Election Day.”

In his earlier statement, Derkach denounced efforts “to tie me to the special services of other countries,” like Russia, and said his critics were trying to discredit him by drawing attention to his studies at Moscow’s FSB academy, formerly known as the Dzerzhinsky Higher School of the KGB.

Derkach’s father, Leonid, was a KGB operative for decades before becoming the head of Ukraine’s security services; he was fired in 2004 over his alleged involvement in a murder plot.

“The main purpose of our activity is pursuing the interests of Ukraine, exposing international corruption, [and] maintaining partnership relations between strategic partners — Ukraine and the USA,” Derkach said at the time. He hired lobbyists earlier this year to set up meetings for him with White House officials and members of the Senate Foreign Relations and House Foreign Affairs committees

Derkach has since alleged that his visa was revoked, and his lobbyists dropped him as a client last month. One of the lobbyists told POLITICOthat they have been cooperating with U.S. law enforcement.

Democrats have raised alarms about evidence that Derkach has disseminated packets of anti-Biden information to Republican lawmakers investigating Biden’s role in Ukraine, worrying that he was seeding disinformation into ongoing congressional probes.

The Senate Homeland Security and Governmental Affairs Committee, led by Sen. Ron Johnson (R-Wis.), has been investigating Hunter Biden’s work on the board of a Ukrainian energy company. Though Johnson has sharply denied the suggestion that Derkach has supplied the committee with any information, Democrats have accused him of amplifying discredited allegations that have originated from pro-Russia factions in Ukraine.

Derkach has also promoted leaked audio recordings of Biden’s conversations with Ukrainian leaders when he was leading the Obama administration’s diplomatic and anti-corruption efforts in the country. Trump has amplified awareness of the tapes on his Twitter feed, promoting coverage of them by pro-Trump TV station OANN, which has dedicated significant airtime to the leaked tapes – politico.com