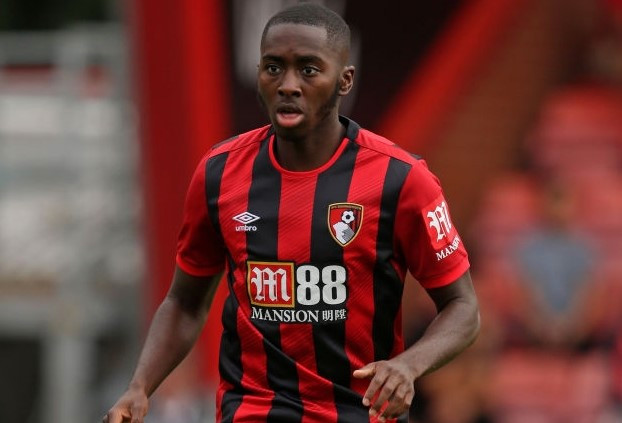 HIGHLY-RATED England-based defender, Jordan Zemura is the talk of Bournemouth after a starring debut show in the Carabao Cup on Tuesday night.

Warriors midfielder Marvelous Nakamba produced one of his best displays in an Aston Villa shirt in the 3-1 win over Burton Albion on the same night.

However, striker Macauley Bonne ended on the wrong side of a 0-1 defeat, playing just 45 minutes for Charlton Athletic, in their 0-3 loss at West Ham.

But, it’s Zemura, affectionately known as “JZ’’, who grabbed the headlines.

The 20-year-old says he now wants to inspire the future generation of Zimbabwean football, as he eagerly waits his first dance with the Warriors.

He has made gigantic leaps in his career in the last two seasons, and took it a notch higher when he made his official senior team debut at Bournemouth two days ago.

The rapid rise, and his excellent performance, have all combined to excite his coach, Jason Tindall.

On Tuesday, Zemura converted a penalty in the shoot-out and was impressive throughout the match.

He has already sent a clear message to ZIFA he is available to represent his fatherland, despite having been born and raised in England.

He told his club’s website he was excited about playing for the Warriors and feels international football will help define his career.

“The idea of playing for your country is surreal, it’s what you dream of when you’re a kid,’’ he said.

“Now I’m a bit older, and the opportunity could arise, I’m really excited.

“I’m still humble from how I’ve been raised by my family and they tell me not to think too much about something that hasn’t happened yet.

“If I could pull on the shirt, and represent Zimbabwe, then I’d be thinking what I can achieve, how I can help and give another child in Zimbabwe the inspiration to see what can be done.

They’re the next generation, and there is talent both there and in England, with players who can represent Zimbabwe.

“Being at Bournemouth is such a big platform for me and I want to inspire people and see the country do really well.’’

The player, who can play either at right or left-back, featured in the dramatic 11-10 penalty shoot-out victory over English Premiership side Crystal Palace in the second round of the Carabao Cup on Tuesday night.

Zemura is among the pool of players of Zimbabwean decen, who were either born or raised in Europe and have been tracked by ZIFA, with the help of patriotic agents, to consider representing the Warriors.

He narrowly missed this opportunity last year, when he was included in the Warriors squad to play the opening games of the 2021 AFCON qualifiers, but was dropped by then interim coach Joey Antipas at the last minute.

His Zimbabwean passport had expired and could not be renewed on time.

The defender, however, is relishing another opportunity ahead of the resumption of international football in November, when Zimbabwe play back-to-back AFCON qualifiers against Algeria.

Warriors coach Zdravko Logarusichas been tracking Zimbabwean players dotted across the globe for the huge assignment.

Zemura was born in London on November 14, 2000, shortly after his parents had arrived in the UK.

He started playing football at the age of six and, two years later, he was already on the books of Queens Park Rangers’ academy – The Herald