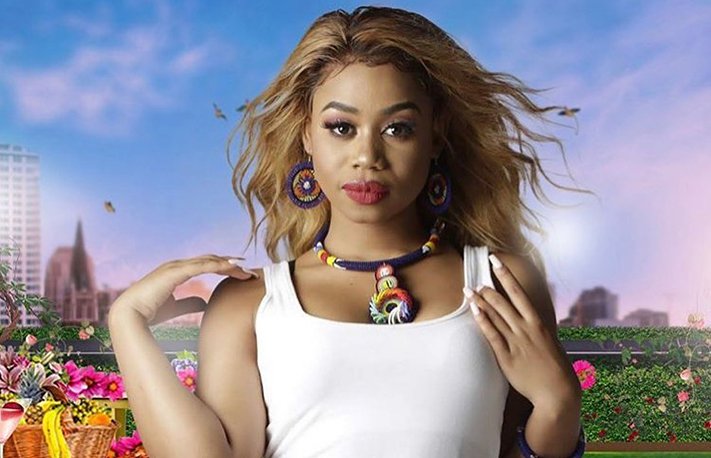 As Shoko Festival’s week-long digital offering kicks off the festival’s team have announced their second batch of headline acts.

This year, Zimbabwe’s longest-running urban festival will run from 21 to 27 September 2020 where all sessions and performances will be screened live on Shoko Festival’s Facebook page and their website. This year’s iteration, dubbed “The Phoenix Edition” has announced that Zimbabwean BET Awards Winner, Sha Sha will be headlining the festival.

The South Africa based multi-platinum songstress and “Queen of Amapiano” will be supported by Zim Hip Hop star Ti Gonzi who will be launching his new album “Best Mero Volume 2” live at the festival.
Despite the change in execution, Shoko Festival will still be presenting its signature events such as the Shoko Comedy Night, Mash Ups Night and their headline event Peace In The Hood.

This year’s Peace in The Hood will be headlined by Zim Dancehall stars Jah Master and Poptain as well as Zim Hip Hop’s new generation of stars R Peels, BlacPerl and Holy Ten. The event will be hosted by the energy god, Dhadza D & the new kid on the block, Cody Rank Marshall.
Mash Up Nights will open with a set from Millz Million before hosting a Pungwe Sessions Live set with performances from Simba Tagz, Chengeto, Boss Pumacol, Sylent Nqo, ASAPH, and RayDizz.

As well a Women Faya Set featuring Anita Jaxson, Sibo and Natasha Muz. Mash Up Nights will then culminate in the performances from the headline acts Ti Gonzi and Sha Sha on Saturday the 26th of September.

Shoko’s Comedy Night will once again fall on a Friday and will be headlined by veteran comedian, Doc Vikela, and social media comedy star Ray Vines. The night of laughs will be accentuated by The Bang Bang Comedy Show featuring Alfred Kainga (USA), Munya, Tinaye Wayne, King Kandoro, Mr Lorraine, Maritawana and Kadem.

As part of the festival’s digital transformation, this iteration will present an experimental live Sungura Tv show hosted by the Monkey Nuts titled Mvenge Mvenge 2.0. The special offering will feature presentations by Probeatz, Dumi Right (USA), Synik, MotoMzhinji and Brother Matabele. Mvenge Mvenge 2.0 will be presented on the 23rd of September and will be hosted by Energydokt.

A full program of the events slated for the festival is available on the Festival’s website. Other programming features will include the Battle of the Cities Poetry Slam (Monday 21 September) with special guest poet from Zambia Van Van and Simuka’s Top Comedian competition (22 September).

Shoko Festival will also offer a weeklong digital media conference titled The Hub Unconference that will host a number of diverse panels such as The Mayor’s Forum featuring Mayors from Kwekwe, Masvingo, Mutare and Chitungwiza, The Video Indaba, the Africa Satire Convention, Zim Hip Hop Masterclasses, the second iteration of the Women Create Worlds panel and, many more panels that will be hosted by both local and international delegates.

“Shoko 2020 is gonna be such a vibe!” says Festival Director, Comrade Fatso, “We have such an exciting lineup of cutting edge urban performances, hilarious comedy shows and unique curated events that will really push the boundaries of what’s possible in Zimbabwean entertainment! This week we will rise like the Phoenix with humour, creativity and positive energy!”

South Africa will embark on a major public works and job-creation drive in response to the coronavirus crisis,...