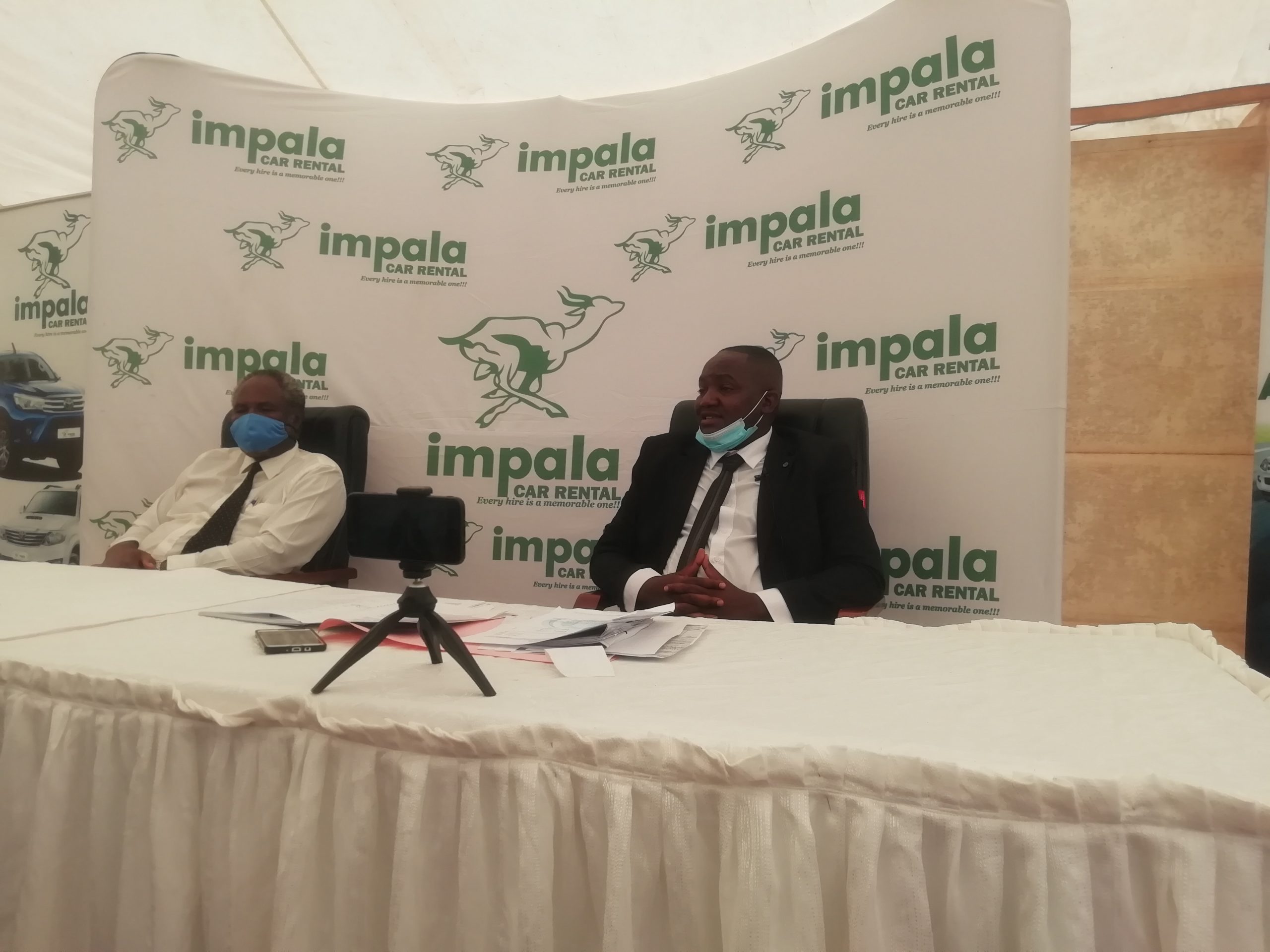 Impala car hire, a car rental company that was roped into the abduction case of Tawanda Muchehiwa said they are not holding back the information of a client who hired a car that was used to commit the offense, saying they have handed over the file concerning the vehicle in question to the police.

Addressing journalists yesterday, a legal representative from Impala Car Hire Jivas Mudimu said the company failed to provide the documents to the court sheriff when it was handed a court order to provide the information because they had already handed the file to the police.

“We were approached by the police from law and order after a matter was reported in Bulawayo and the complainant is Tawanda Muchehiwa and the offense was kidnapping. The police wanted information from our side which includes the file concerning the vehicle in question and to fulfil our promise which we undertook on our initial press statement, the file was given to the police and a notice of seizure was given to us to confirm that that file was taken by the police as a follow up to the complaint which was made in Bulawayo (sic) ,”

“Muchehiwa took two methods, he chose to go the criminal way by reporting his matter. He also chose to go the civil way and he got a provisional court order. We were surprised to see the sheriff here who requested for the same documents after we already gave them to the police. On that court order there was also a request for the tracking system which the sheriff requested to get from us,”

“Unfortunately, when the Sherriff came to this place, it was after the police had taken the documents in question and the Sherriff went on to check the vehicle in question. We advised him that the motor vehicle was outsourced from another person so it did not have a tracker,”

“We wrote a letter to the sheriff confirming the same position that the documents were seized with the police and we gave the Sheriff the annexure to that effect. We believed by so doing we were doing justice to the victim and to the world at large, “said Mudimu.

Mudimu said the company opposed the court application because they were in opposition with the contents of a press statement attached to the founding affidavit in an application filed by Muchehiwa which he described as sarcasm. He also said they opposed because they were not in possession of the information in question as they had handed it over to the police by the time the court order was handed over to them.

The company representative encouraged interested parties to visit the police to get the information as they are the ones in possession of the file. He said the file was seized by a Harare law and order police officer only identified as Chibaya.