Masvingo: Zanu PF youths call for the withdrawal of Agnes Moyo’s candidacy ahead of DCC elections 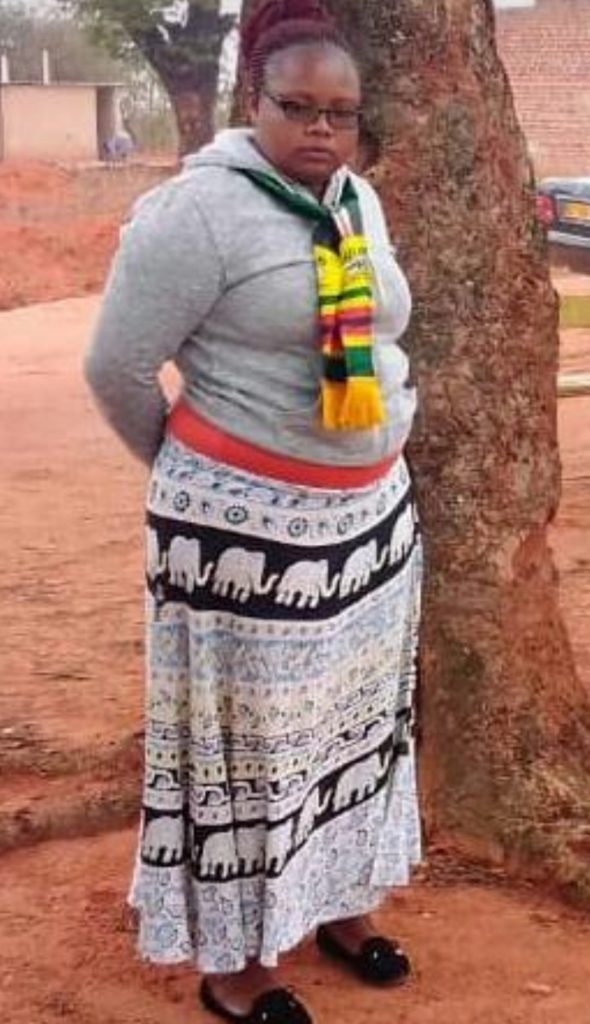 Zanu PF Masvingo District Youths are calling for the immediate withdrawal of Agnes Moyo, one of the two candidates vying for the post of Secretary for Youth Affairs ahead of the party’s District Cordination Committee elections on accusations that she is not eligible to contest for the position, State of the Nation has learnt.

Sources who spoke to this publication said her candidacy was first contested by ward one chairperson, Tinashe Mukambi who wrote a letter to the party’s secretary for security, Lovemore Matuke and the party’s Political Commissar, Victor Matemadanda advising them that Moyo was an illegitimate candidate. He alleged that she has not served the required five years in the district structures.

“Cde Matuke, it is on record that Cde Moyo is a member of Masvingo Urban ward 1 dristrict which I lead. According to our records, we co-opted Agnes Moyo into our district structure on the 3rd of January 2018.” read part of the letter.

Mukambi implied that Moyo had only served for less than three years, a development which disqualifies her from contesting for the position.

” This is against the rules and regulations prescribed by the party’s Nation Commisar Victor Matemadanda, who in paragraph 2.1 of the DCC circular stated that all candidates should have served five years in the district structure,” reads the letter.

During a campaign meeting over the weekend, party youths sang derogatory songs targeted at Moyo and her handlers who are believed to be some members of parliament within Masvingo District.

One of the youths could be heard shouting, “Gore rino hakuna zvikuisa vasikana venyu pazvigaro!” (This year we will not allow you to impose your girlfriends).

Though some of the youths appeared drunk and rowdy, a survey by this publication observed that the majority of the young people were totally against the imposition of candidates by senior leaders particularly in youth related positions.

“The President was very clear that the constitution and regulations should be followed all the time. So whats so important about this particular candidate that she gets extra treatment. So what was the purpose of the circular if guidelines are not followed. Some of us wanted to contest for the same position but we didn’t qualify, ” said one of the youths who refused to be named.

The dates of the elections are expected to be announced soon