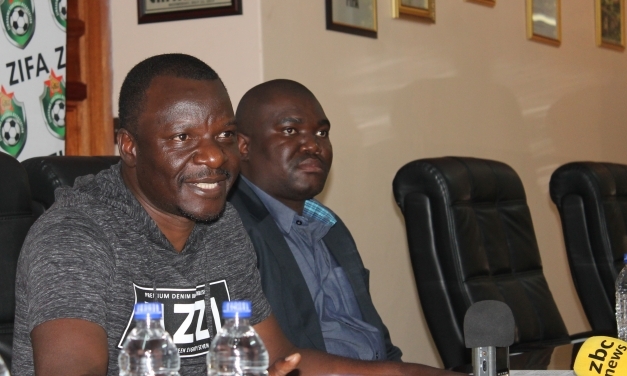 ZIFA have swiftly acted to avoid the chaos which blighted the Warriors camp last week by appointing Wellington Mpandare as the general manager for all the national football teams.

The Warriors were transformed into a theatre of chaos ahead of their friendly international against the Flames of Malawi in Blantyre on Sunday.

The absence of a team manager, who usually has the responsibility of ensuring players who have been called into camp are contacted and will be available, was one of the issues which analysts blamed for the mayhem.

However, ZIFA have now reacted to that criticism by appointing Mpandare, who has always been favourite for the job, to become the substantive general manager of all the country’s national teams.

Mpandare will join the ZIFA secretariat, on a full-time basis, where he will work alongside Warriors coach, Zdravko Logarusic.

He has been engaged on a three-year contract.

It also means ZIFA will appoint team managers, for the various teams, who will work under the supervision of Mpandare.

The former Gunners official, who was also one of the key figures at Premiership side Yadah Stars, has a good working relationship with most of the Warriors.

He was their team manager at the 2019 AFCON finals in Egypt last year.

Yesterday, Mpandare said he will issue a comprehensive statement, related to his new role after talking to some key figures within the country’s football establishment.

Of course, I have always been working for my country, even when I was not officially the team manager, because I have passion to see our national teams do well,’’ he said.

“When you work with these boys, and share the challenges they face and how they are determined to ensure that our country does very well, when it comes to football, it’s impossible to lose that link to them and what they want to achieve.

“We have a great crop of players and together, working with the leadership of the team, we can really go places.’’

“The Zimbabwe Football Association has appointed Mr Wellington Mpandare as the general manager for all national teams on a three-year contract,’’ the association said in a statement.

“The position comes with huge responsibilities which the board felt match the experience possessed by Mpandare, who has served in almost similar capacity in the past.

“Mpandare was the team manager for the senior men’s team when the Warriors qualified for the 2019 Africa Cup of Nations, and he was also in the same position when the locally based Warriors secured a place at the 2021 African Nations Championship.

Apart from the usual responsibilities of the team manager of the Warriors, Mpandare will also be responsible for all logistical and welfare issues for all other national teams.

“He will work hand in glove with team managers of the other teams to improve the organisational aspects around national team games.

“We would like to wish Mpandare all the best in his new secretariat position which teams him up with a dedicated group which has been doing some of the duties he will assume.

“The executive committee has great faith in his ability to execute his duties well to support the association’s long-term goals.’’

Meanwhile, Dynamos forward King Nadolo says his call-up for the Warriors international friendly against Malawi over the weekend, was a milestone in his career.

“Honestly speaking, the call-up was a surprise considering that the coach had said he wanted to call foreign-based players since he was preparing for the Algeria match,’’ said Nadolo.

“I wasn’t expecting it.

“It was important to me, and it was like a wake-up call that I should always be training, be prepared and I have to always be ready, so that is the lesson I got from the situation.

“It was amazing, it was nice, it was a little bit hard, in terms of fitness, but I gained a lot of experience, from the foreign-based players.

“There were some lessons I picked, like the pace in international football matches.’’ – The Herald.