Mliswa calls for Matanga to step down to pave way for Corruption, Office abuse investigations 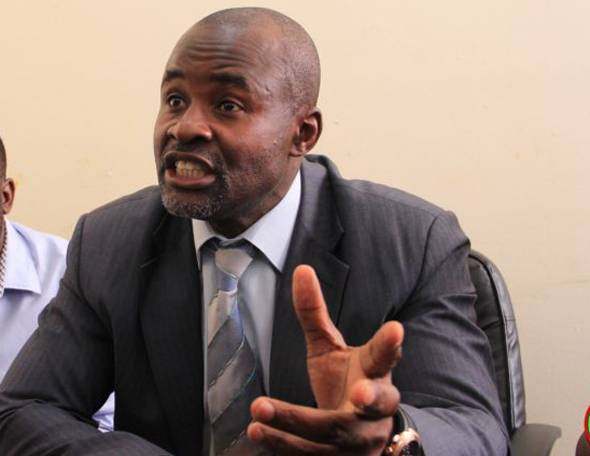 Norton Legislator Temba Mliswa has called for Police Commissioner General Godwin Matanga to step down and pave way for investigations on allegations of corruption and office abuse which he raised against him, saying his continuation in office would compromise the occurrence of fact finding processes as he can tamper with evidence or intimidate investigating officers.

Addressing journalists today, Mliswa accused CG Matanga of being at the centre of corrupt practices involving the flouting of procurement procedures, price inflations, the indiscriminate arrests of targeted individuals, abuse of office and corruption, and said he has since submitted the allegations to the Zimbabwe Anti-Corruption Commission for investigations to take place.

In his address, Mliswa accused CG Matanga of attempting to purchase 80 operations vehicles on behalf of the police without following due tender processes and procedures, a deal which failed to materialise after ZIMRA officials discovered anomalies in the procurement process which resulted in only 15 out of 80 cars being paid for at inflated prices.

He also alleged that Matanga attempted to procure Command vehicles for Chief Superintendents and Assistant Commissioners at inflated prices to the tune of Usd$43,000.00 per vehicle for the former, and Us$66,000.00 for the latter.

Mliswa also accused Matanga of receiving 5 residential stands at the Sandton development area near Westgate in Harare from Felix Munyaradzi, adding that he is the beneficiary of further stands through the former Mayor of Harare Herbert Gomba.

On top of that, Matanga is accused of authorising the procurement of tear smoke worth Us$2 million from South Africa which was never delivered.

“You see the point of allegations is to give opportunity for one to be acquitted, however, in order for these allegations to be thoroughly investigated, it would require CG Matanga to step down pending investigation to mitigate the occurrence of intimidation and or evidence tampering. How does a junior officer investigate his boss whilst still in office?

“The allegations as stated above are of a criminal nature and therefore should be treated with the seriousness and urgency they deserve. Matanga’s position as Commissioner General ZRP surely does not absolve him from investigation and indeed on the contrary, for one placed so much responsibility, an exemplary conduct in not only expected, but demanded of him, he should be squeaky clean,” said Mliswa.