“I am not a gold smuggler”, Sakupwanya opens up on leaked gold pictures 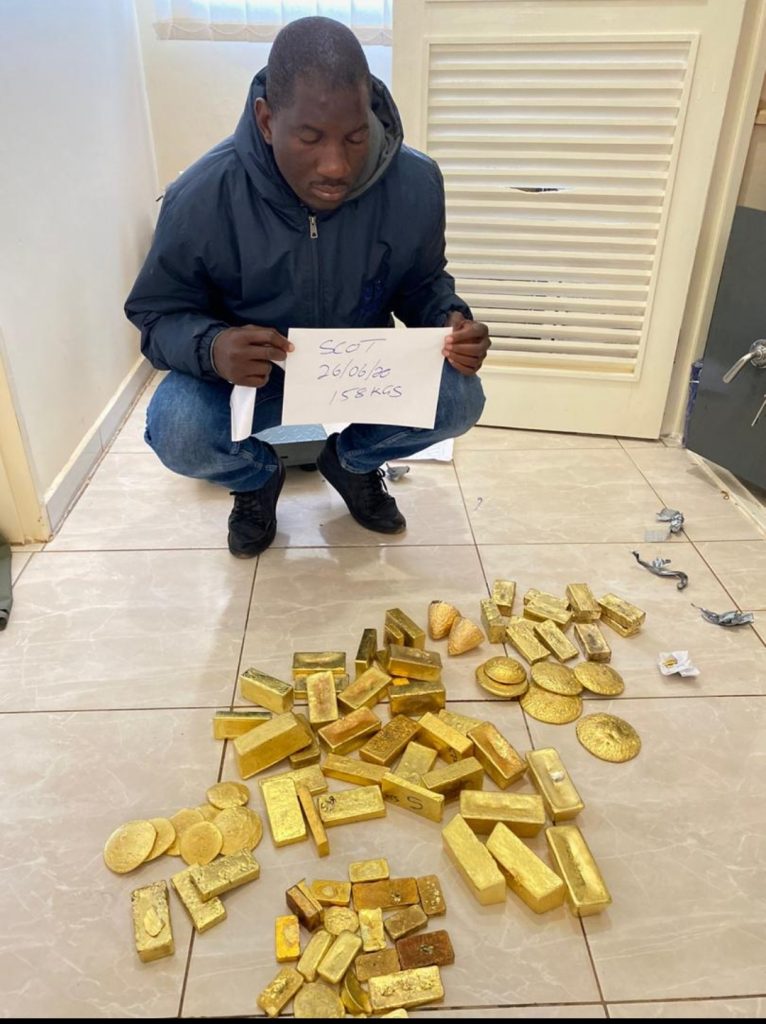 Pedzisayi Scott Sakupwanya, one of Zimbabwe’s biggest gold buyers who broke the internet yesterday with pictures of him posing in front of a staggering Us$5 million cash and several kilograms of gold said he is not a gold smuggler, but a legit buyer who has a registered business that buys and sells gold in Zimbabwe to Fidelity Printers and Refiners (FPR). 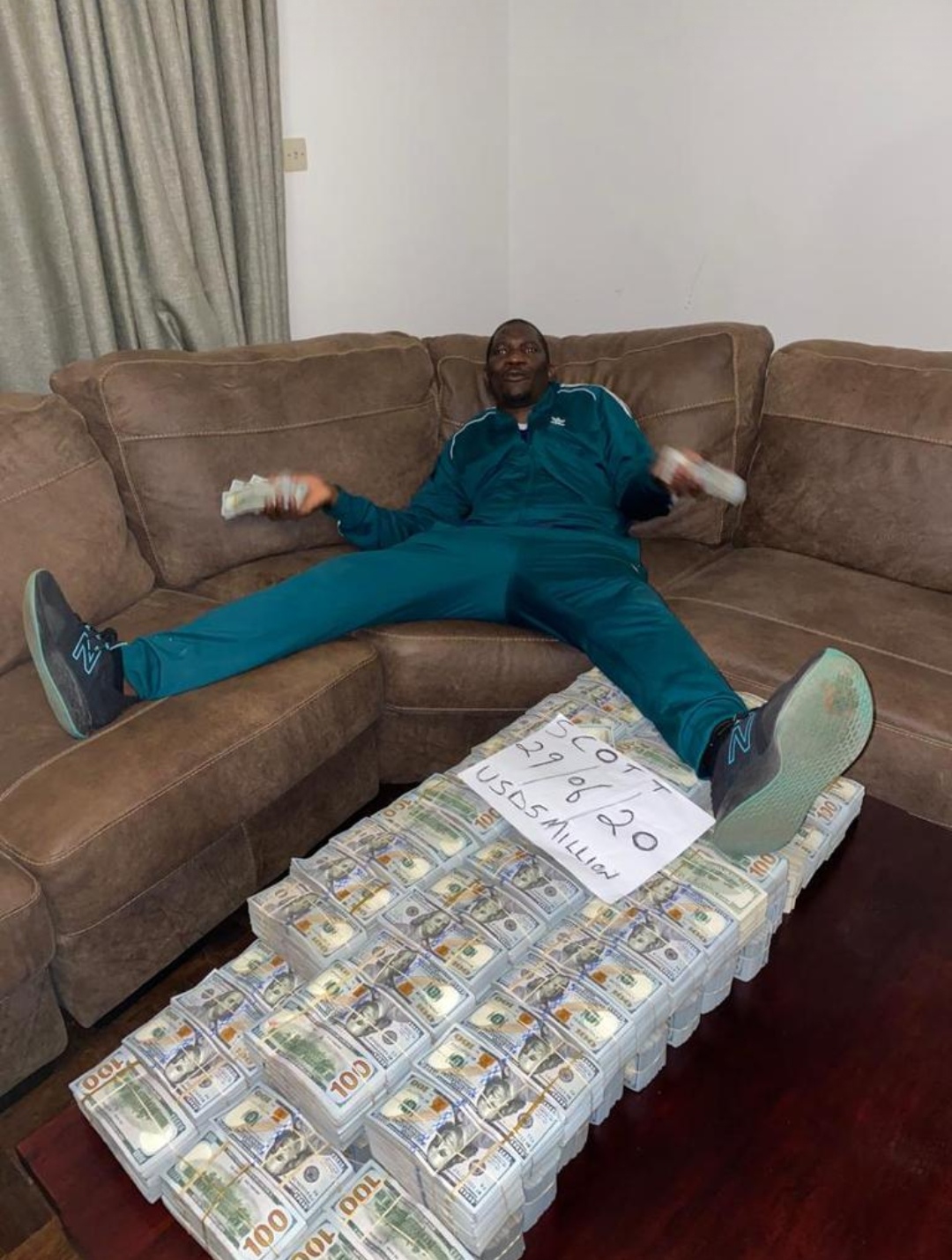 Scott Sakupwanya posing in front of Us$5 million in cash

Sakupwanya’s pictures went viral yesterday, a few moments after the Zimbabwe Miners Federation President Henreatta Rushwaya was caught at Robert Mugabe International Airport while attempting to smuggle 6kgs of gold outside Zimbabwe. His pictures were first shared by the former Information Minister Professor Jonathan Moyo on his twitter account where he accused Sakupwanya of being another gold smuggler in Zimbabwe who works closely with Rushwaya and the first family.

“Pedzisai Scot Sakupwanya (Left pix with gold loot & with Mnangagwa & others doing a “Nguwaya” at State House right pix) is one of Zim’s biggest gold smugglers. He works closely with Henrietta Rushwaya, Mnangagwa and his wife, Auxillia!” reads the tweet.

In an exclusive interview with State of the Nation news, Sakupwanya said he is not a gold smuggler, but a legit and licensed gold buyer with gold mines and a network of over 400 runners across the country, making him one of the biggest gold agent at FPR.

“I am a legit gold buyer with gold mines and a network of over 400 runners across Zimbabwe. I sell the gold I get to FPR. I have never smuggled gold outside the country. You can go and verify with them. All the records and papers are there. I know people are trying to tarnish my image by calling me a looter and a smuggler but to tell you the truth, I have never looted or smuggled gold. I am just a citizen who is into the business of mining and buying gold,” said Sakupwanya.

When asked how his pictures found their way to social media, Sakupwanya said he recently lost his cell phone and suspects the thieves who stole it to be the ones responsible for spreading the pictures. 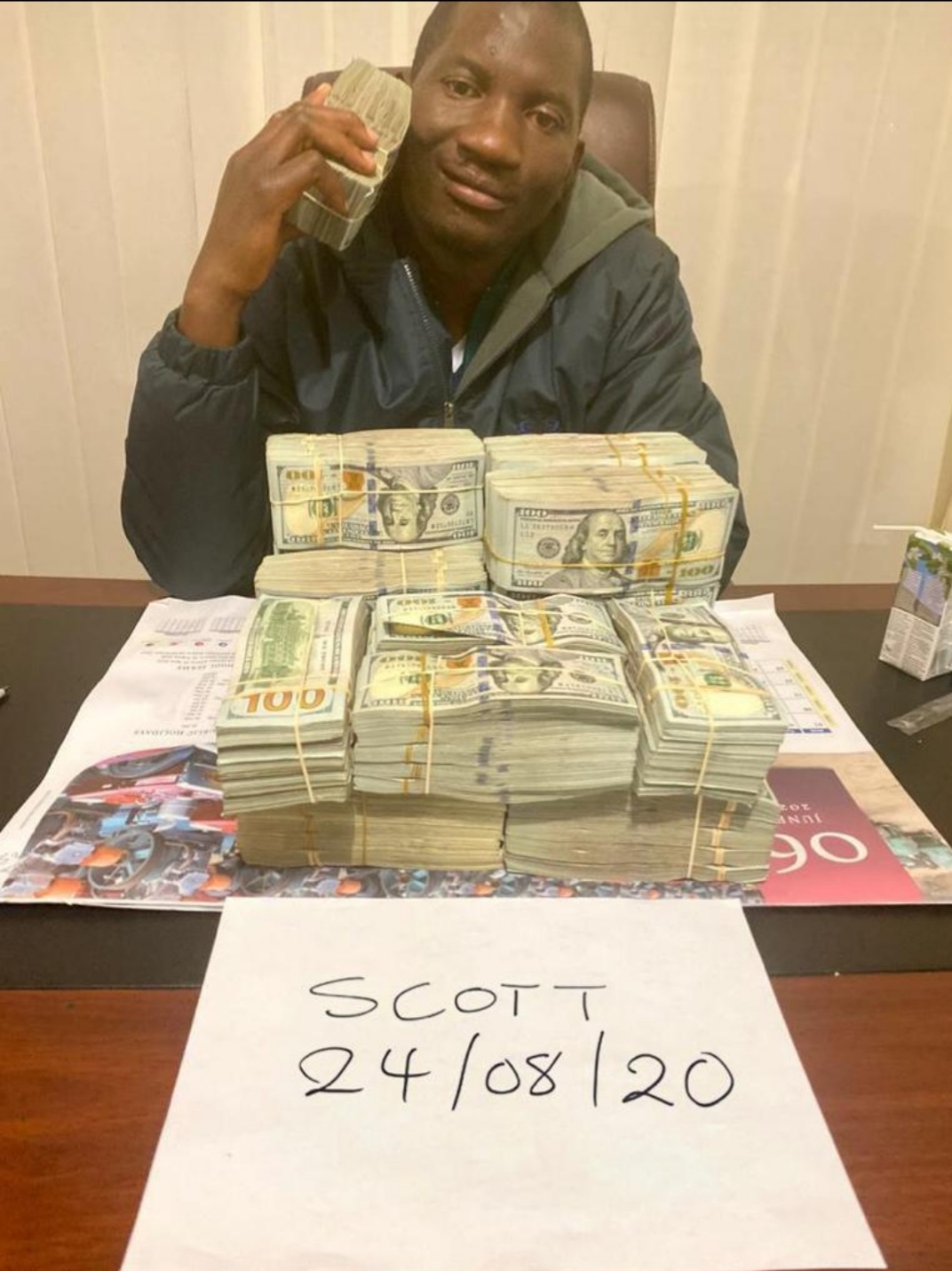 Scott Sakupwanya posing in front of loads of cash

“You see, in our field, we take pictures of the gold  and money we have in stock and share them with potential sellers. I used my phone to take those pictures, not for clout but to show my capacity to buy to sellers because before one sells, he/she needs to know if you have the capacity to buy that’s why I would take pictures in front of the gold or money. If you noticed on the pictures, I come out holding a card indicating my name and date. I put those details to show that I am a legit dealer.

“Its unfortunate that the pictures I took for business are now out in the public domain for wrong reasons, with some using them to achieve their sinister motives. But like I said, I am not a gold smuggler and I am not connected to those who smuggle gold. I get gold through mining and buying and my business is legit. Those with queries should go to FPR for fact checking. All the pictures you are seeing were taken in Zimbabwe, some at my house and others in different locations. I told you this to prove that I am not smuggling gold anywhere outside Zimbabwe,” he said.

When contacted for a comment, FPR General Manager Fradreck Kunaka said Sakupwanya is one of the company’s gold buying agents who buys the precious metal from small scale miners and sell it to them.

“We wish to confirm that Mr Sakupwanya is one of our gold buying agents allowed to buy gold from small scale miners for disposal to Fidelity Printers and Refiners. He sells gold to us,” said Kunaka.

He added that his time in the business enabled him to be among the country’s biggest buyers and miners of gold.