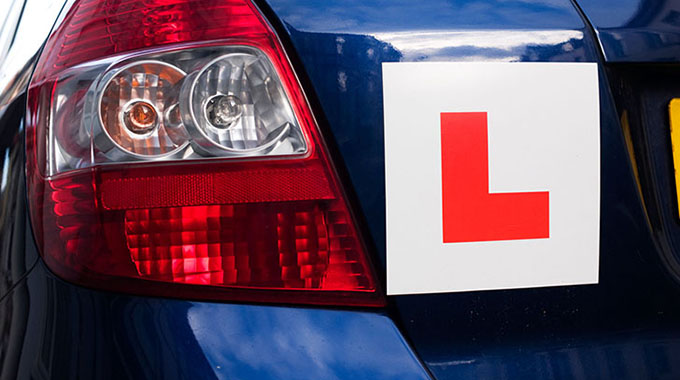 Harare – The Vehicle Inspection Departent is turning away aspiring drivers with provisional licenses that expired during the Covid 19 Lockdown period against government assurances that they would be valid for the purposes of obtaining drivers licenses after the re-opening of the department, State of the Nation has learnt.

The department was closed together with several businesses on 20 March 2020 due to the Covid 19 pandemic, a development which jeopardised many people who were holding provisional licenses that were set to expire during that period.

To address this problem, the government issued a waiver on provisional licenses that were to expire during lockdown period and gave assurances that they would be valid until the resumption of operations at VID for people to use them to obtain licenses and conduct driving lessons.

But a lot of aspiring drivers with expired provisional licenses are either being turned away or asked to re-apply to write the provisional test for them to be issued a new one at VID Eastlea depot. Some aspiring drivers who spoke to the reporter said they were disappointed by this development.

“We are very disappointed with what is happening here. We were made to understand by the government that provisional licenses that would expire during the Covid 19 lockdown period would remain valid until the resumption of operations at VID. But we are surprised to see the officers turning us away or ordering us to re-apply to write the provisional test.

“They must understand that it is not our fault that the licenses expired during a period where nothing was functioning. The lockdown also made us fail to utilise the time we still had on our licenses. Our driving lessons were also cut short so the only fair thing to do is for the VID to stick to the promises we were given by government,” said a lady only identified as Mai Rutendo.

To find out if this is true, our reporter visited the VID Eastlea depot and was told upon arrival by one of the cashiers responsible for collecting booking fees for provisional and driving tests that provisional licenses that expired during the lockdown period were nolonger valid, and advised the reporter to re-apply to write the provisional test in order to obtain another one.

“Provisional licences that expired during the lockdown period are no longer valid. What you need to do is to apply to re-write the provisional test so that you can obtain a new one,” said one of the cashiers.

When our news crew approached the VID Eastlea Depot Manager Mr Onesimo Bumhira to establish the reasons behind the sudden U-turn, he told the reporter that he would require clearance from the Permanent Secretary of the Ministry of Transport and Infrastructural Development Engineer Amos Marawa inorder for him to communicate with the media, saying there were contentious issues on the story which required him to get clearance before he comments.

But Lazarus Sauti, a public relations official from the Ministry of Transport and Infrastructural Development told the reporter that Bumhira does not need clearance from the Ministry as he is the person on the ground with a better understanding of the reasons why they are asking aspiring drivers to re-take the provisional tests.

“Bumhira is the one in charge of the VID Eastlea Depot. He does not need any clearance from the Permanent Secretary to inform you on these developments. The Permanent Secretary is probably not aware that people with provisional licenses that expired during lockdown are being turned away. Bumhira is the one who is in the better position to comment about it since he is on the ground” said Sauti.

In our previous story on a similar issue that we wrote on 15 August 2020, the acting Managing Director of the Traffic Safety Council of Zimbabwe Clifford Gobo is on record saying the government issued a waiver on provisional licenses that would expire during the lockdown period until the re-opening of the VID.