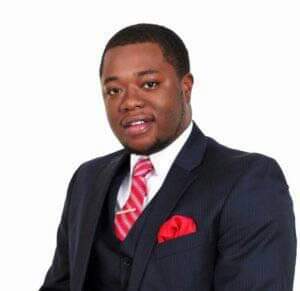 The Juvenile Court yesterday granted President Mnangagwa’s son, Kudakwasha David Mnangagwa custody over his child after it found out that the mother, Al-Marie Iris Hall was not fit to raise the child, with reports saying that she is a drug addict.

State of the Nation understands that the two have been battling for the custody of the child (name withheld) who was conceived out of marriage for some time.

Information gathered by this publication reveals that Mnangagwa made frantic efforts to make arrangements for the mother to go for rehabilitation, but the efforts failed because the mother is said to have continued taking drugs until the father decided to file an application for custody with the courts sometime in October.

Yesterday, the Juvenile Court ordered Mnangagwa to be given custody of the minor child. “Whereupon after pursuing the papers filed of record as well as the Probation Officers’ Report and hearing Counsel for the Applicant: It is ordered that: (1) Custody of the minor child (name withheld) born 16th November 2019 be and is hereby awarded to the Applicant, (2) There be no order as to costs, reads the court ruling.

In an exclusive interview with State of the Nation, Mnangagwa’s lawyer Tinomudaishe Chinyoka said the ruling was arrived upon after probation officers filed a report to the court after conducting investigations and hearings on both the Father, the Mother and the place where the child was staying.

“There was a hearing on 6 October and a court order was made that probation officers should be sent to go and interview both the father, the mother and for them to go and examine the house where the child was living. At that time the child was living at her grandparents’ house at our request because we thought it was the best arrangement for her to stay there.

“During the time when the Probation Officers decided to go there to see them, we then found out that the grandmother was telling people and confirming not only that her daughter was on drugs, but she was also saying that she thinks that her daughter, the mother of the child, can go to town to buy drugs on credit and ask the people who she brought drugs from to come home and have sex with the baby who is 11 months old. So her mother thinks her own daughter is capable of selling her own child for drugs. So we filled the papers with the court for the court to be aware (sic),” said Chinyoka.

“So Probation officers went and saw this information, went and saw David at his place, interviewed him, looked at his place to find out if it was ok to raise his child, went to her grandparents’ house, saw the mother, interviewed her and then made a recommendation that the child should be given to the father based on the information they had seen, based on the drug use after the child was born (sic),” said Chinyoka.

Chinyoka said the court order was handed yesterday in the absence of the mother who did not show up at the court.

State of the Nation understands that there was drama at Hall’s house last night when Mnangagwa went to pick up her child, with reports saying the mother and her relatives were refusing to hand over the child. But Mnangagwa prevailed after producing a court order which the family failed to dispute.

Efforts to get a comment from Hall were fruitless as her phone was not available by the time of publishing. But after the incident, Hall took to Facebook to protest against the move by Mnangagwa to take the child from her.

“My daughter was taken from my premises by force and intimidation. Her father, upset that I ended my relationship with him, as I did not want to be a mistress or disrespect his marriage that I had not known about. Took my daughter to an unknown location, never to see her again just to punish me. Please help me! I am a good mother and I deserve to be with my child just as Rasheeda is with her children,” reads her Facebook post.