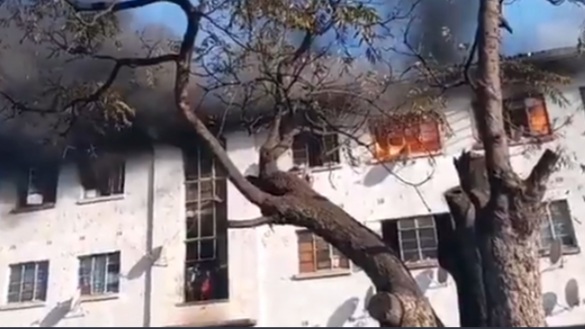 State of the Nation reporter

18 families were left homeless and household property worth thousands of dollars destroyed after part of the top floor of a block of flats in Matapi area in Mbare were gutted by fire yesterday.

Residents who spoke to this publication suspected that the fire was caused by an unattended child who played with a candle after a power cut.

“The fire started at around 4pm when we had a power cut. A minor child whom I later rescued was playing with fire and we were shocked to see smoke coming from their apartment.

“There was chaos when the fire started with people trying to save their property, ” said one of the residents who was at the scene.

National police spokesperson Assistant Commissioner Paul Nyathi confirmed the fire incident and said he would issue a report about the incident.

“We have received the report but we will provide a comprehensive report tomorrow (today),” he said.