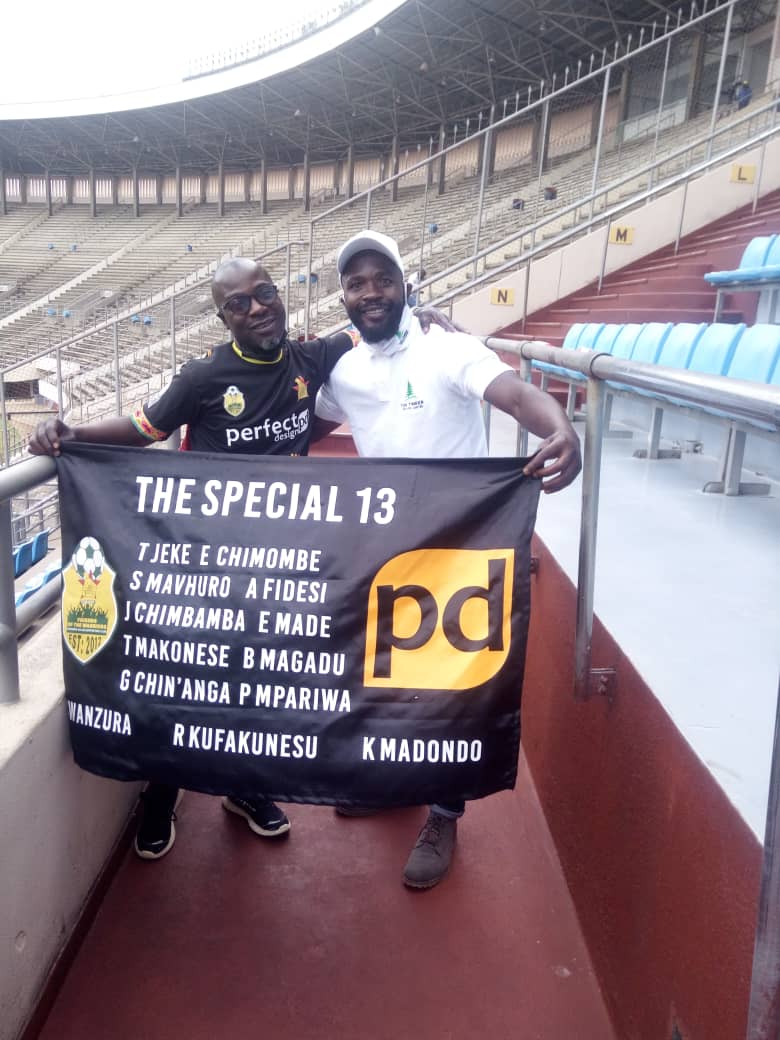 The Warriors of Zimbabwe shared spoils yesterday with Bafana Bafana of South Africa as the football match between the two countries ended in a goaless draw.

Zimbabwe failed to utilize its home advantage to get maximum points
from the first game of its campaign to secure a spot in the 2022 FIFA World Cup.

The match was held at the National Sports Stadium where both teams failed to find the back of the net.

The match, however invoked the horrific memories of 13 football supporters who lost their lives due to stampede when the two countries clashed back in 2000 during a World Cup Qualifier match at the National Sports Stadium.

Some football delegates who were allowed in the stadium came with banners and tshirts inscribed with messages aimed at honoring the lives of the 13 supporters.

The Chairperson of the Friends of the Warriors Trust Zivanai Muwashu said the match gave fans the opportunity to remember the supporters who lost their lives while watching the similar game, and called on Warriors Supporters to always have them in their memories.

“In 2000,  13 fans died in a stampede following disturbances during a match against the same opponents today.

“As we watched the game against Bafana Bafana, we spared a thought for our 13 colleagues thats why we came here wearing regalia inscribed with their names.

” We want to thank our partners, Perfect Designs for working with us to ourner the lives of our departed colleagues. We call on every Warriors supporter to always have them in their memories,” said Muwashu.