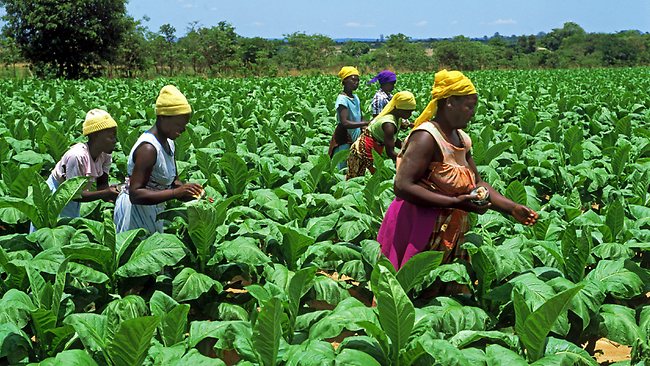 Government has approved the Tobacco Value Chain Transformation Plan which aims to transform the tobacco value into a US$5 billion industry by 2025.

The transformation plan will be implemented through localisation of tobacco financing, increased production and productivity, value addition and beneficiation as well as export of cigarettes.

“The strategic objectives of the Plan are as follows, to localise the funding of tobacco to complement external funders; to raise tobacco production and productivity from 262 million kilogrammes to 300 million kilogrammes by 2025; to diversify and increase the production of alternative crops such as medicinal cannabis and increase their contribution to the farmers’ incomes to 25% by 2025,” Mutsvangwa said.

In addition, other strategic objectives include; to increase the level of value addition and beneficiation of tobacco from 2% of total tobacco produced to 30% in order to increase exports of cigarettes and to create an enabling environment that incentivizes investors to set up shop in the country instead of exporting raw or semi processed tobacco.

“The immediate objective is to increase tobacco production and productivity through increasing the yield per unit, increasing the area under crop and minimizing losses.

“The above measures are being taken because the country is not getting maximum benefit from its tobacco crop in terms of value addition and beneficiation,” Mutsvangwa said.

Government has also highlighted that the Tobacco Research Board is already conducting research on alternate crops such as Chia, Industrial Hemp and Sesame, as well as other types of tobacco such as Shisha, which is very popular in the Middle East.

“Research is also being conducted into the extraction of high-value compounds from tobacco, such as nicotine, solanesol and edible oil.

“Preliminary studies have already been done on the extraction of tobacco edible oil and identified varieties that could be used for oil extraction. All these efforts are meant to increase the income that accrues directly to the farmers,” Mutsvangwa said.