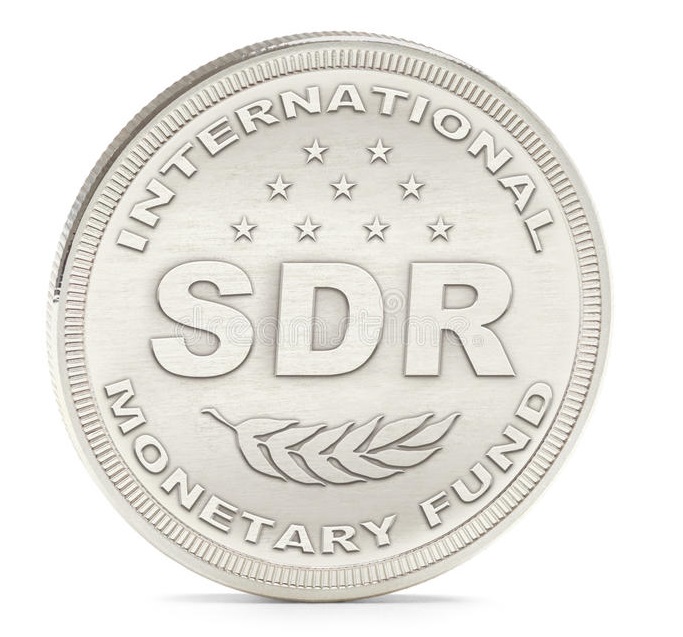 In an interview with State of the Nation, development economist Prosper Chitambara underlined that the SDRs have provided the much needed liquidity to the economy and boosted the currency’s reserves and this has helped to stabilize the foreign exchange market which translates to macroeconomic stability as well as sustainable development.

“SDRs are a major boost for our economy also given the fact that they are not loans they just are just an allocation from the IMF, they will obviously rejuvenate our economy.”
The SDRs were allocated by the IMF to help countries cope with the impact of the global pandemic, COVID-19.

As such, Chitambara said government must identify sectors that enhance the well-being of citizens coupled with theenhancement of the productive capacity of the economy and these landmark projects include irrigation, water and sanitation and energy.

In the view of the fact that Zimbabwe has low irrigation development, Chitambara suggested some of the water and sanitation project that government may embark on by utilizing the SDRs fund these include the Zambezi-Matebeleland water project and Kunzvi dam project.

“Irrigation infrastructure is very key as a way of climate proofing our agricultural sector.

“Another key sector is the energy sector of course a lot of investments have already been spent on expanding energy capacity but there is need to focus on renewable energy sector government has already talked about creating the Green fund which should actually support the renewable energy project and I believe that part of the allocation could go towards that,” he said.

Zimbabwe is among the countries that has not fared well, relatively when it comes to the economic impacts of COVID-19, the nation’s strategic sector, agriculture was heavily affected by the impact of the pandemic.

COVID-19 has reversed decades of consistent development gains in Zimbabwe and thus, the SDRs are the most efficient and effective way to provide the additional resources the country needs.

Vice President of APEX Council for Young Farmers Association, Baldwin Mazango stated some of the effects of COVID-19 on the agricultural sector which were mainly owed to limited travel locally and beyond.

“This limited trade of agricultural commodities especially perishable horticultural products which needed to be moved within a certain period of time, farmers accounted losses since they could not put their produce on the market, depressed demand of products prices were generally on a downward trend and the closing down of industries meant that those in the processing sector of horticultural commodities had their plants closed down hence there was no economic activity to justify those plants and they could not meet their export orders due to COVID-19,” Mazango said.

Mazango noted that the SDRs will have competing needs but he hopes that government allocates a considerable chunk to the agricultural sector since Zimbabwe is hinged on the sector.

“Agriculture is capital intensive, it requires long-term finance in terms of infrastructure development, purchasing of equipment and also setting up of value chain so that is one area where the funds can be channeled to,” Mazango said.

He stated that part of the fund can be allocated to finance institutions such as the Land Bank so that it can pass on to farmers for long-term working capital to farmers who are into exporting commodities such as avocadoes, peaches and roses because they have a long gestation period.

“The long term projects have an effect that they generate foreign currency and we know that the funds are not for consumptive purpose but for investment,” Mazango said.
Mazango believes that if the SDRs fund address the critical areas in agricultural sector, and they will have a lasting a positive immense impact on the socio-economic status of Zimbabwe.

“Because agriculture is the largest employer in Zimbabwe, if agriculture is on a rebound the economy it means the quality lives of people will definitely change because they will be earning more income.

“ As the African Development Bank highlighted, agriculture is the vehicle that is going to pull Africa out of poverty so if the SDRs is allocated to the agriculture sector we will definitely see a change in the quality of life of people,” he said.