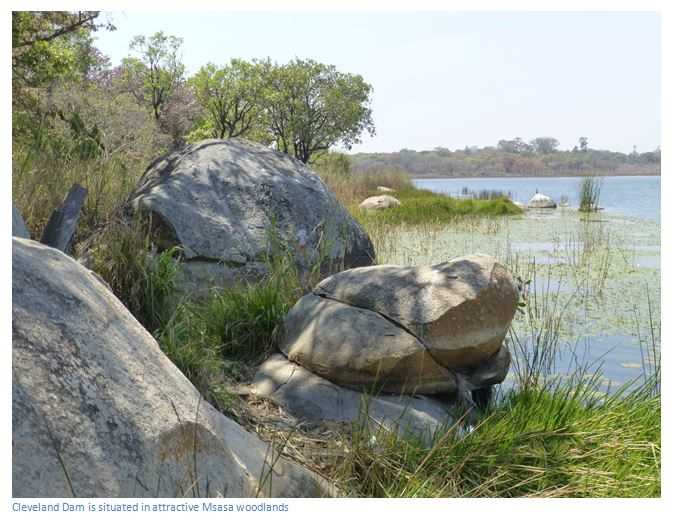 Addressing the media, the associations said the ongoing construction of houses and a vocational centre will adversely affect water delivery and disaster preparedness plans against flooding as the nation heads towards the 2021-2022 rain season.

The National Coordinator of Community Water Alliance (CWA) Hardlife Mudzingwa said they are disturbed by the construction activities at Cleveland Catchment even though an Environmental Protection was issued to the developer by the Environmental Management Agency (EMA).

“The destruction of wetlands through construction of buildings in Harare Metropolitan Province remains one of the contributor to the water challenges bedeviling Harare and the flooding of  homes which rocked Harare in past years.

“The evidence of the past is clear that people whose houses are built on wetlands have been experiencing perpetual flooding within their homes every rain season, hence allowing construction of houses in any wetland is a recipe for disaster,” Mudzingwa said.

He noted that events at Cleveland Catchment area are a reflection of the current wave of the destruction of wetlands at national level, and the gap that exist between policy and practice on protection of water sources as well as ecologically sensitive areas in the country.

“This follows our routine engagements with relevant authorities on the urgency to protect wetlands from construction of buildings, illegal urban agriculture and sand poaching.

“We are disappointed that the authorities have not taken a decisive action to halt this unfortunate situation, what is more worrying is we are heading towards the rain season and weather forecasts from the Meteorological Department show that Harare is likely to get above normal rainfall, the same prediction that happened the last rainy season  where we get serious flooding of houses constructed on wetlands,” he said.

The CAA and CRHA issued demands which include improved coordination among government departments, respect of international treaties, domestic laws and policies by government, prohibiting land grabs and invasion on wetlands coupled with safeguarding the abuse of regularization provisions in regional Town Planning Act.

“Local authorities must come up with enforceable Climate Change Policies that recognize wetlands as part of climate resilience strategy,” he said.

Meanwhile, the Cleveland Action Alliance underscored that government and local authorities must realize that water does not come from a dam but water sources such as wetlands.

“We expect government through its various agencies such as EMA and Manyame Sub Catchment Council to take part in the protection of Cleveland Catchment area.

“We believe that wetland management can only be effective through community stewardship and respect of processes and procedures relation to construction development,” Cleveland Action Alliance said.

Cleveland Action Alliance also represents the interests of Mabvuku residents especially ward 19 and 21 which have gone for almost three decades without tap water from council.