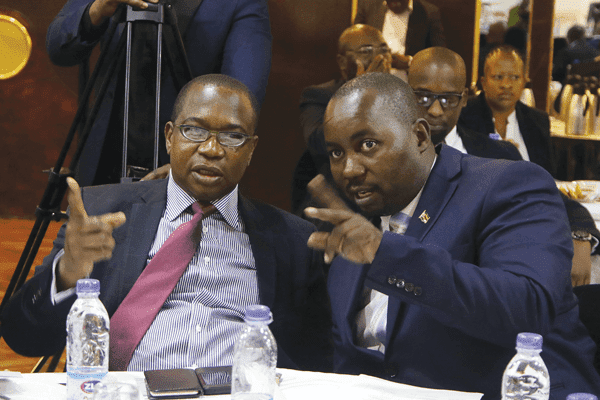 The negative perceptions on Zimbabwe are affecting its attractiveness to foreign investors and efforts have to be done to give the correct narrative of the current policy and economic reforms in the country to the world to attract foreign capital.

This was said by the Chief Director of Communication in the Ministry of Finance and Economic Development Clive Mpambela in an exclusive interview with State of the Nation. He said the Ministry has embarked on a series of Global Investor Roadshows this year to engage with potential investors to share the correct picture of the country’s economic reform.

“This year we have held a series of the Zim Global Investor Roadshows in Cape Town, Dubai and New York as part of the broader engagement and re – engagement agenda. The aim is to bring back international investors to Zimbabwe by telling the Zimbabwean story to increase their level of understanding of our reform agenda. We also used the initiative to inform them what we have achieved in terms of the Transitional Stabilization Programme and the National Development Strategy 1.

“From the engagements, we noticed that although investors are keen to invest in the country, they are skeptical due to misconceptions from what they read on international media on issues around the country’s ease of doing business, the efficiency of the auction system and the safety of their investments. But the roadshows gave us the opportunity to present the position of government in terms of policy direction and Minister Mthuli Ncube gave a detailed update on the economic reform agenda which was well received.

“Generally, when people read from the international media about Zimbabwe, they don’t get the correct story. But our engagements gave us an opportunity to have 1 on 1 conversations where people could ask questions. We have to show them the evidence of our progress as a country. So our interactions were very positive and we expect to see more enquiries, “ said Mpambela.

He said the Investor Roadshows have managed to inspire more interest from investors to invest in Zimbabwe because they now appreciate that they can access forex from the auction system and repatriate their money and proceeds from their investments without hustles.

“What investors were asking for in our engagements was if there is a smooth entry and exit protocol for their investments in the country. This was a common thread in our engagements. But also in those presentations we realised that investors are also not aware of the changes that have happened in the country. For instance, some investors think the auction system doesn’t work. So we did our best to make sure that we give them a true account of what is on the ground, “ said Mpambela.

Mpambela said the Investor Roadshows have inspired interest on investors to come to Zimbabwe to do business in mining, agriculture and infrastructure development.

As Roadshows gather momentum, more investors are expected to develop interest in Zimbabwe.