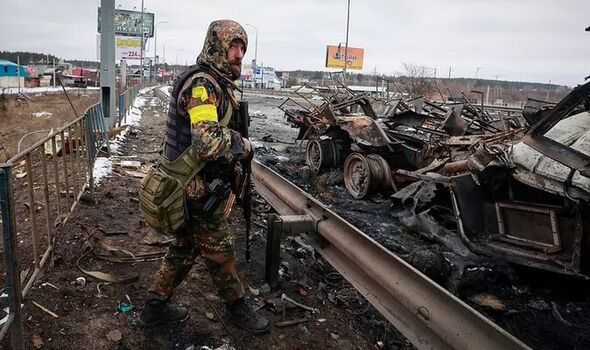 Card payment companies Visa and Mastercard have suspended operations in Russia to further isolate its sanction-hit economy in the wake of the Ukraine invasion. Mastercard said that cards issued by Russian banks would no longer be supported by its network. The company added that any card issued outside Russia would not work at Russian shops or ATMs.

“The move comes after discussions with customers, partners, and governments. We don’t take this decision lightly,” Mastercard’s official statement read.

Similarly, Visa cards issued in Russia would no longer work outside the country. The US-based financial services giant is also “working with clients and partners in Russia to cease all Visa transactions in the coming days”.

“We are compelled to act following Russia’s unprovoked invasion of Ukraine, and the unacceptable events that we have witnessed,” a statement issued by Visa Chairman and Chief Executive Officer Al Kelly read.

Earlier, American fintech companies PayPal and American Express had also halted their services in Russia. PayPal CEO Dan Schulman said that the company would focus on “enabling our customers and our global employee community to support humanitarian efforts in Ukraine”.

“All cards of these payment systems already issued by Russian banks will continue to work within our country as before… Until the expiration of their validity, Visa and Mastercard cardholders have access to all the funds on their accounts, as well as all the usual payment transactions – paying for purchases, transferring funds from card to card, withdrawing cash, etc,” said Mir in a statement.

The bank, however, advised Russians travelling abroad to carry alternate means of payment. The country has 210 million Visa and Mastercard cardholders.

According to economists, the suspension of services by Visa and Mastercard is likely to impact those in Russia who conduct foreign trade or those travelling abroad but others may not feel the heat. On the contrary, the suspensions are expected to accelerate Russian banks’ adoption of Mir’s own cards. Currently, Mir cards, which account for 32 percent of all transactions in Russia, are accepted in Turkey, Vietnam, Armenia, Belarus, Kazakhstan and Kyrgyzstan.

Similar arguments were used by economists to downplay the impact of blocking Russia from SWIFT (Society for Worldwide Interbank Financial Telecommunication). A facilitator of international banking, SWIFT is used by over 200 countries and territories. Economists say that blocking Russian banks from accessing SWIFT would only increase the use of its Russian alternative — SPFS, the financial messaging system of the Bank of Russia. SPFS already has 400 users and the system handles about a fifth of domestic payments.

To further soften the economic blow due to suspension of services by companies like Mastercard, Visa, and American Express, Russia is also looking at the possibility of issuing cards using China’s UnionPay. If things go as planned for Russians, banks in the country would start issuing UnionPay cards — accepted in 180 countries and regions — to its account holders. China’s UnionPay is a state-run company. It is the provider of most card payments in China.