China is Worried About Ukraine-Russia War of Choice 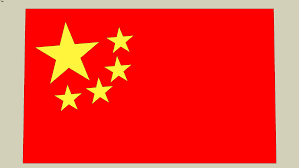 China is “deeply” worried about the crisis in Ukraine, Premier Li Keqiang said Friday, warning that sanctions will hurt global growth. China at any given moment has never liked a war for very self reasons. it is in the Chinese national interest if peace prevail world over

“On Ukraine, indeed the current situation there is grave, and China is deeply concerned and grieved,” Li said in Mandarin, according to an official translation.

The premier was responding to two questions about the Ukraine war at the beginning of an annual press briefing. Since Russia’s attack on Ukraine about two weeks ago, Beijing has refused to call it an invasion and said China would maintain normal trade with both countries, without joining in on U.S., EU and other countries’ sanctions on Russia.

On Monday, Chinese Foreign Minister Wang Yi said relations with Russia were “rock solid.” He pointed to a joint statement with Russia issued after a high-level meeting in early February between Chinese President Xi Jinping and Russian President Vladimir Putin.

During the Friday briefing, Li maintained that China has “followed an independent policy of peace” and repeated Beijing’s line of encouraging Russia and Ukraine to negotiate. “The pressing task now is preventing tensions from escalating or even getting out of control.”

Li did not specifically say whether China would economically support Russia, but noted China supports “all efforts that are conducive to a peaceful resolution of the crisis.”

He added that the sanctions would only shock a world economy already struggling to recover from the coronavirus pandemic.

Over the weekend, the International Monetary Fund said the economic consequences of the war are “already very serious” with “adverse” shocks to inflation and business activity in many countries.

Last week, Oxford Economics estimated the war would reduce global GDP by 0.2%, with a decline of 0.6% this year if the fighting persists through 2023.

Li was speaking Friday at a press briefing held at the close of an annual parliamentary meeting.

This year marks Li’s final appearance at the briefing as premier, a position he’s held since 2013. The ruling Chinese Communist Party is set in the fall to select a new leadership team, although President Xi Jinping is expected to stay on for an unprecedented third term.

Li closed the roughly two-hour-long briefing with a pledge that China would continue to open up its economy regardless of changes in the international environment.

Foreign businesses have long complained about requirements of forced tech transfers and unequal access to the Chinese market, especially at a local implementation level. In the last few years, China has passed a law for improving the business environment and allowed foreign financial institutions full ownership of their local operations.

“It has been forty years since China has gotten on the journey of opening up,” Li said. “Opening up has brought benefits to the country and its people. We will not and must not close this door of opportunity. Thank you.”