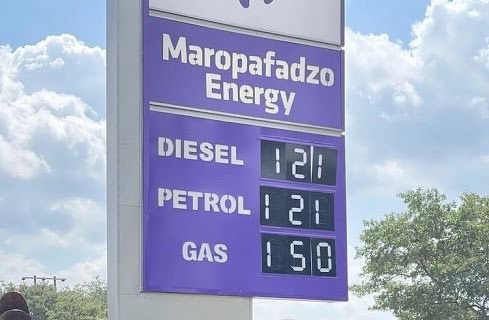 Female Entrepreneur Lisa Mutuke is enjoying massive growth in the country’s fuel industry after opening 15 service stations across the country in a short space of time.

Mutuke, who is also into fuel procurement is the founder of Maropafadzo energy which now has service stations dotted across the country.

Ms Mutuke established her name in the sector which is mostly dominated by men after spending years in the United Kingdom where she is frequently based.

Apart from fuel, the self made young business woman also conducts business with the government of Zimbabwe through tenders.

Her exploits makes her a shinning beacon of Women Empowerment in Zimbabwe who inspires Zimbabwean girls to pursue their dreams and success.

This year, she was invited as a delegate at the launch of the Young Women for Economic Development where she gave herself as an example of a woman who made it through hard work without connections, and without conducting immoral acts.

‘‘My business is not small, it is a big business. I own a company called Maropafadzo. We have over five service stations and move fuel in bulk. I have Government tenders and I have not bribed anyone. I didn’t have to go into a relationship with anyone. I don’t have a political background, she said.

Inspired by her work, Precious from Sunningdale told this publication that the country needs more women like Mutuke to inspire the girl child to work hard and be successful.

“I am inspired by Lisa’s work. Its amazing to see a fellow woman running service stations all over the country. We need more people like her to inspire young girls to work hard and stop using their bodies to succeed,” she said.

Another girl from Hatcliff, Ruvimbo said when she grows up, she would emulate Mutuke and venture into the fuel industry.

” I am inspired by Lisa. I believe she has opened a portal for more women to get into the fuel industry. So when i grow up, i would like to venture into the fuel and energy sector,” she said