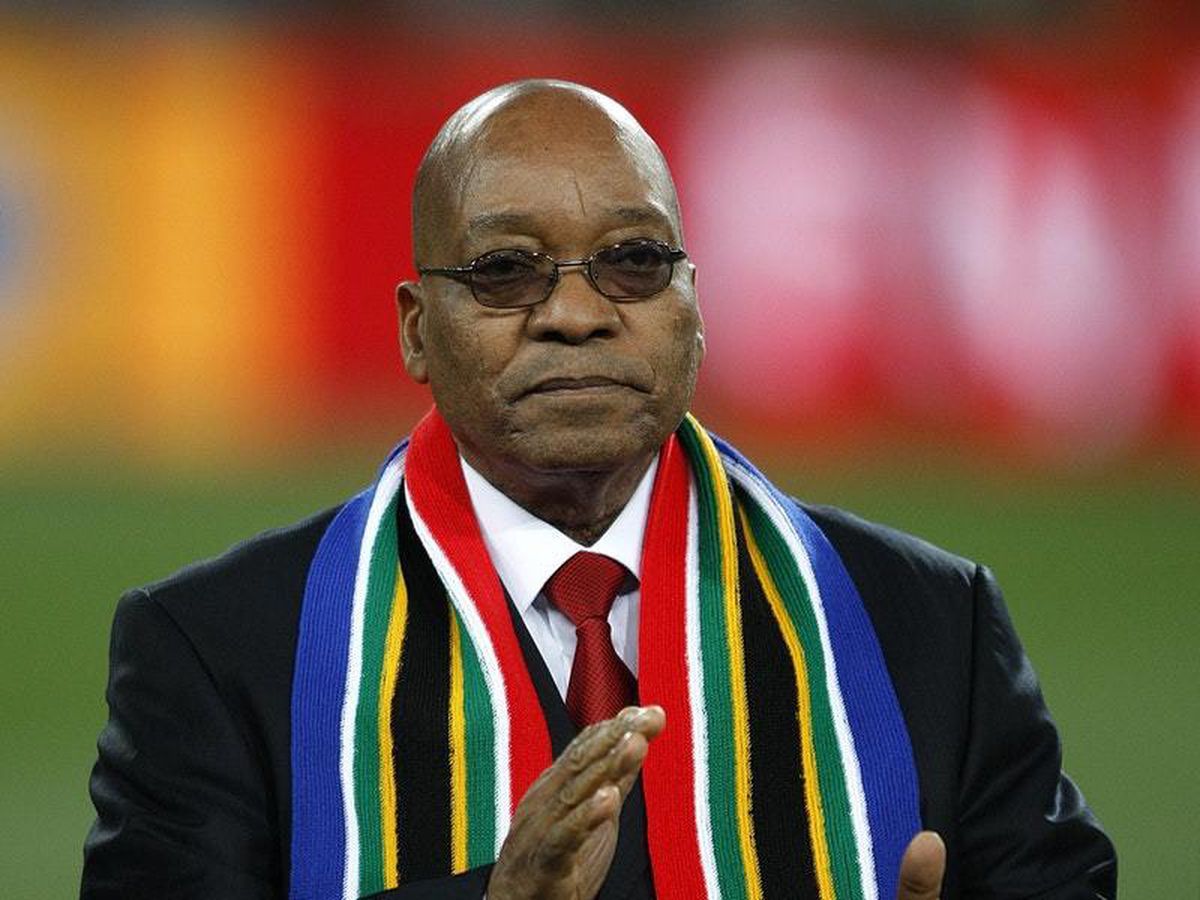 Zuma said he was of the view that the July riots were carried out by those who were revolting against the judges’ decision to send him to prison.

A wholly unrepentant former president Jacob Zuma on Monday pulled no punches as he told supporters outside the Pietermaritzburg high court his view of the cause of the 2021 July unrest.

Zuma said he was of the view that the July riots were carried out by those who were revolting against the judges’ decision to send him to prison.

Zuma, who was at the Pietermaritzburg high court for the private prosecution case he initiated against senior prosecutor Billy Downer and New24 journalist, Karyn Maughan, was in July last year sentenced to 15 months for defying a Constitutional Court order to appear before the Zondo Commission.

Addressing his supporters outside the court, Zuma said he received information around the causes of the riots while he was at the Estcourt Prison where he served part of his sentence.

Information was relayed to me that there was chaos in the country — people were revolting against the judges. People were angry.

He was of the opinion that they didn’t agree with the judges’ decision.

There has been speculation that the unrest — which according to some senior ANC members was designed to overthrow the current government led by President Cyril Ramaphosa — was planned by individuals with links to the intelligence sector.

However, Zuma, who was addressing his supporters for the first time since his arrest last year, was of the view that ordinary people similar to those who were outside court yesterday to lend him support, started the riots.

You sent a strong message that nobody in this country will be allowed to undermine the rights of others as long as you are still around.

Zuma on Friday completed his 15-month sentence — the bulk of which he served under correctional supervision following the Correctional Services Department’s decision to release him on medical parole.

I’m now a free man — I can now say whatever I like, and no one will tell me that I’m still on parole. I didn’t join the liberation struggle to worship anyone — I joined the struggle to fight oppression. Now that I’m free, I will continue with the struggle.

The former president, who entertained the crowd by singing his signature tune, Lethu Mshini Wam’ (bring me my machine gun) lashed out at the ConCourt judges who handed him the 15-month prison sentence. His opinion is that “they broke the law”.

Those judges treated me as if I were nothing. They violated my constitutional right not to answer things. If they order me to do unconstitutional things again, I will defy them. They sent me to prison for nothing.

While legal expert, Mpumelelo Zikalala said the Constitutional Court was correct in convicting Zuma, he believed the 15 month sentence it imposed on the former president was harsh.

Usually sentences for those kind of offences range from a warning to six months imprisonment. However, having said that, my view is that the ConCourt was correct when it convicted him. As for the statements he is currently making about the judges, its within his rights as a citizen to express his views on the matter. He is definitely not in contempt of court as there is currently no court order stopping him from expressing his views on such matters.

The Office of the Chief Justice said it does not comment on public statements.

“However, should former president Jacob Zuma lodge a formal complaint, it would be processed through the formal channels,” Office of the Chief Justice spokesperson, Lusanda Ntuli, said.

On his decision to initiate private prosecution processes against Downer and Maughan, whom he accuses of illegally sharing his medical report, Zuma alleged that the pair violated his rights. Zuma told his supporters that Downer, who is the lead prosecutor in the former president’s arms deal corruption case, “gossiped with a journalist” about Zuma’s medical report.

Downer, Zuma said, also pushed for the Zuma corruption matter to be re-enrolled after “several courts have said I have no case to answer”.

“As a prosecutor, he is supposed to maintain high standards but he chose to treat me unjustly — that’s why I got him arrested. In today’s (yesterday’s) court proceedings, he was not sitting on the prosecutor’s chair, he was an on the other side — where the accused persons sit. I’m the prosecutor in his criminal case,” Zuma said amid cheers and ululations from the crowd.

The Zuma supporters, some of whom brandished placards calling on the former president to “lead the country again” were led by ANC KwaZulu-Natal provincial chairperson, Siboniso Duma who said the party in KZN “will never abandon president Zuma”.