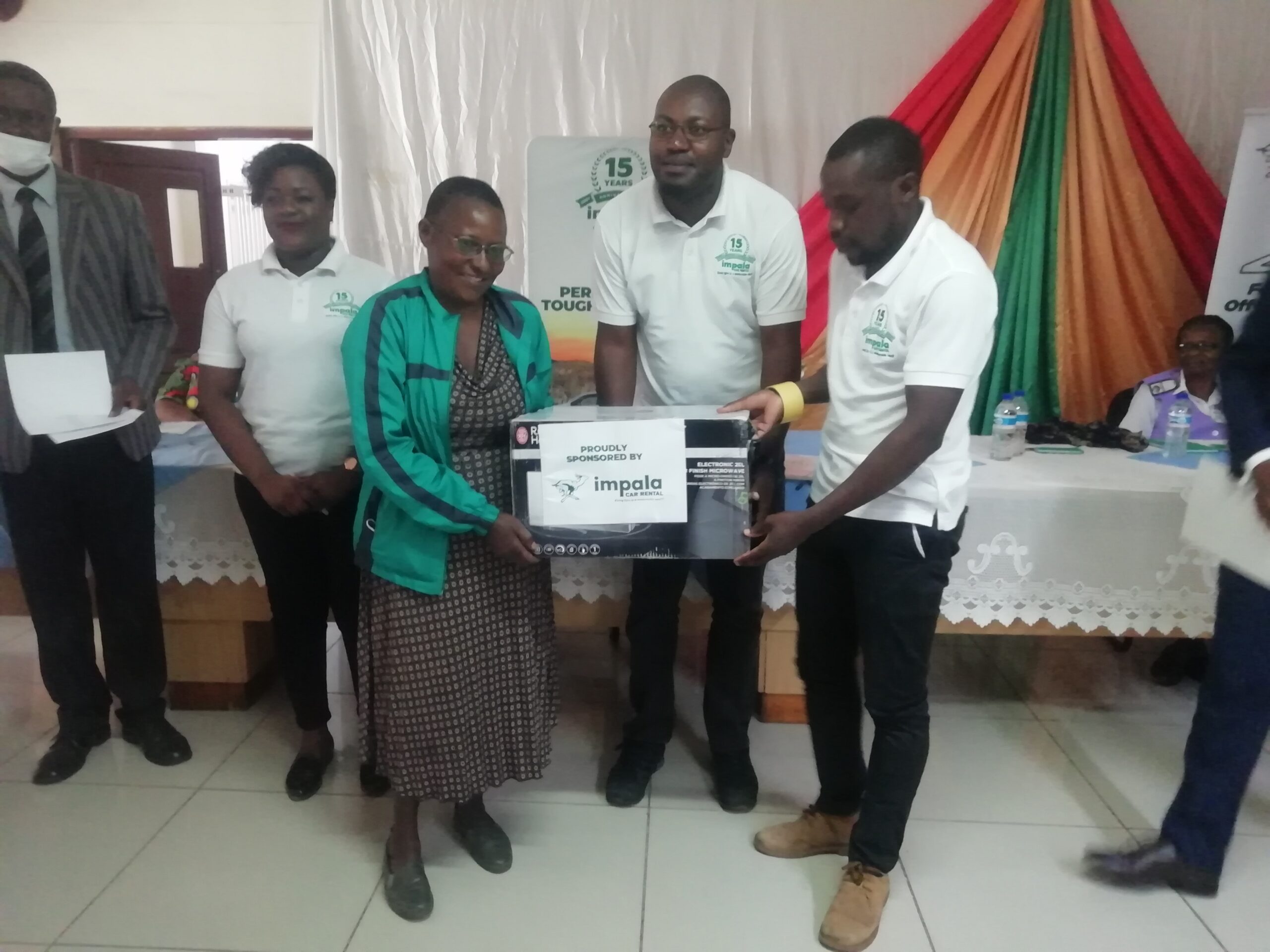 The ceremony was graced by leading car hiring firm, Impala Car Rental which provided the gifts for the retirees as part of their corporate social responsibility.

Speaking at the occasion, Impala Car Rental’s representative Tarirai Nunurai revealed that the company’s founder was trained at the hospital and that is the reason why they are always moved to work with the medical institution.

“We are delighted to work with Sally Mugabe Hospital as it is where our founding Chief Executive Officer, the late Thompson Dondo trained as a nurse. So, our roots are rooted here; the hospital is a home to us,” said Nunurai.

“We have brought gifts for every former staff member who retired. Some requested Micro waves, some wheelbarrows and farming equipment. So we just brought each person a gift they requested,” he said.

Sally Mugabe Hospital Chief Executive Officer Dr Christopher Pasi wished the retirees well on their life, and assured them that they will always be part of the hospital.

“Some of them joined the organisation in early 1980s and they served the hospital well over the years. They will remain part of us till the end. We learnt a lot from them and we wish them well in their future projects,” he said.

“We have about 1700 employees here and we are glad that these nine people have ran their race well till the end. Some of them finished the race with a clean record. They were punctual and full of respect. As a hospital, we are going to miss their dedication and experience,” Rwodzi said.

Doves Holdings also attended the event and gave food humpers to the retirees.